On Thursday 21st March, Primary 6 went to Scotland Street School. Our topic in term 2 was the Victorian era and we enjoyed learning about all the happenings between 1837 and 1901.

We travelled by bus; it took us 30 minutes. When we got there we had some time to play with Victorian playground toys and explore the different rooms. After lunch, Primary 6 were split into two groups: boys and girls. The children were given costumes – waistcoats and collars for the boys; girls had white tunics. They were lined up in straight lines from smallest to tallest and had to use their arms to make sure they were in a straight line with equal spaces between them.

The teacher assigned the children seats. She was very strict and stern looking and spoke in a deep and threatening tone. The children had to stand up when she spoke to tem and call her Miss.

The children were asked to recite their times tables. Following this they did a mental maths test using slates and crayons, and then a spelling test. The tension could have been cut with a knife. The children had to copy out words in Copperplate writing using ink, a blotting sheet and fountain pens. It was quite tricky to use these pens without smudging or making a blot. Left handed people were not allowed to use their left hand in Victorian days but the teacher allowed them to.

After about an hour the teacher rang the bell and transformed into a modern day teacher – everyone was so relieved!

Primary 5 and Primary 5/6 have been working on the “Fiver Challenge”. This is an enterprise programme whereby students use £5 pledges to get their business ideas off the ground.

On Friday 15th June, the P5 and P5/6 children will host an afternoon of activities for a small fee. All money raised will go towards school funds for next session.

The following activities will be on offer for children on Friday 15th June:

All activities will cost between 30p – 50p

Primary 5 and Primary 5/6 would like to thank you in advance for your support.

We hope you all had an enjoyable Christmas break and are looking forward to an amazing year together.

Today all of the children in the school and nursery watched a wonderful eco drama show.  All the classes enjoyed joining in with the great singing and managed to earn three eco stars.  Well done!

On Wednesday 15th March Primary 5/6 went along to the gym hall to participate in an internet safety drama activity.

Primary 5/6 had an amazing time at the internet safety workshop it was on Wednesday the 15th March.

Primaries 1 to 7 all took part in a workshop all about Internet Safety on Monday 13th March and Wednesday 15th March.

Primaries 4-7 took part in a superhero activity where they had to ‘POW’ all the personal questions they didn’t want to answer.

Primary 5 and Mrs McRobbie have been exploring symmetrical designs.

Have a look at our fantastic creations.

Primary 5/6 have been enjoying developing their hockey skills.  They are great team mates and show excellent skills.

Have a look at our gallery.

We have been learning about the glow website and how to login!

In the future we will help people with the computers.

I am learning to teach others in the school about different forms of technology.

I am learning to be a digital leader so I can help others who need help throughout the school with technology.

I am practising and learning my skills to help others with their ICT skills.

This year Fairtrade fortnight takes place from 27th February to 12th March.  We have already held our coffee morning, many thanks to those of you who managed along.

The children have also decided to fundraise further. Guess the birthday of the Fairtrade Bear and raffle tickets for a Fairtrade chocolate explosion box will be available from Tuesday 21st February.  Tickets will be priced at 50p for each and you can purchase as many as you would like.  Many thanks for your continued support.

As part of our science topic we looked at the link between solids, liquids and a gas.

We worked together in our groups to create ice-cream. 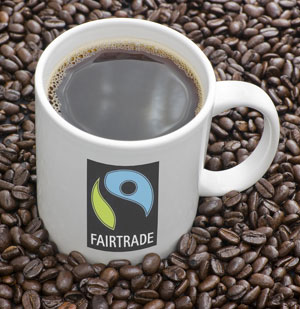 On Friday 27th January at 9.30am a Fairtrade coffee morning will take place for parents/carers, friends or family members.  This has been organised by Mrs Campbell and the Fairtrade Citizenship Group.

Primary 5/6 found out all about batteries and how they work.  We experimented with wires and lemons! We made our very own batteries!

We have been discussing lots of different types of energy sources.  We had a look at the solar panels we have on our school roof.  Even though it was a cold day in winter we were still able to produce lots of electricity.

Please have a look at the curricular news for term 1.

If you have any queries please contact the school.

Primary 5 and Primary 5/6 all watched wonderful play titled ‘The Forgotten Orchard’.  It was a lovely play all about the history and use of apples.

The school will now get a chance to have our own orchard!

On Wednesday 7th September all of the children in the school participated in ZOOLAB workshops.  We found out a huge amount of information about a wide range of creatures.  We all enjoyed seeing the animals and some of felt brave enough to touch or hold them. 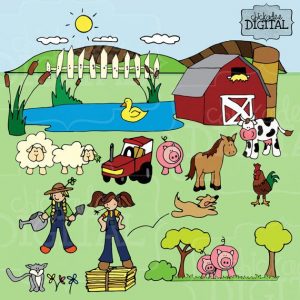 On Thursday 8th September all of Primary 6 attended a fantastic farming event in at Luss Estates.  This was organised by The Royal Highland Education Trust (RHET).  Although it was a wet day we all enjoyed learning about the important work our farmers do. On Tuesday 13th September we all celebrated Roald Dahl’s 100th birthday.  It was a fantastic day!! All the children enjoyed taking part in special activities and some dressed up as characters for the day.