This event was a great success. Our thanks to: MSPs Jackson Carlaw for hosting this event and to Jackie Baillie for her support; to the Deputy First Minister John Swinney for his powerful address and for distributing the awards virtually to the five schools; to special guest speaker Robert Rinder for his inspiring contribution which began with recognising the amazing work and commitment of the five new Vision Schools, referring to them as ‘agents of courage’ and ended by responding to pupils’ questions. Thanks also to Lord Pickles, and Cat Kirkland from the Holocaust Educational Trust for their additional contributions.

In addition to the >130 people who attended the live event, this event was recorded and its link is being tweeted and retweeted. The event has, and is continuing to generate an excitement amongst schools, something that we all desperately need at this difficult time. Schools have been tweeting about reasons to be proud of their school and congratulating each other.

For your interest, here is the link to the event:
https://www.youtube.com/watch?v=dYtr21UF8r0

Expressions of Interest for 2021 have now CLOSED

Schools which want to apply for Vision Schools Scotland accreditation are required to express their interest in this before submitting their application. Expressions of interest should be emailed to VisionSchools@uws.ac.uk FAO Jane Caffrey.

UCU Scotland is holding a Holocaust Memorial meeting this Thursday at 1:00pm. Speakers include Henry Maitles (University of west of Scotland) and Marion Hersh (Glasgow University). Details below.  All welcome.

To mark Holocaust Memorial Day, Dr Paula Cowan looks at how schools can teach the subject to a new generation

Holocaust Memorial Day: How schools can teach about the Holocaust | Tes

Stand up to Racism (SUTR) is holding an online event tomorrow, Tuesday 26 January, marking Holocaust Memorial Day 2021.
The Holocaust Memorial Day Trust announced that the theme for 2021 is “Be the light in the darkness” – much needed after a difficult 2020.
Please share this important event to your networks. 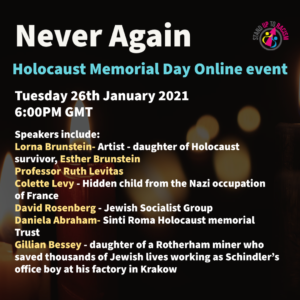 In the Holocaust, the Nazis murdered over 6 million Jewish people. Millions of others were killed including Roma, LGBT, black people, socialists, communists, disabled & non Jewish Polish and Russian.
The Holocaust shows the reality of fascists, with vicious racist ideas, in government.
We recently saw a now arrested Trump supporter, rioting at the US Capitol with a ‘Camp Auschwitz’ Sweatshirt. That image shocked millions and is a stark reminder that in America and much of Europe, open nazi ideology is pervasive.
The theme of #HMD2021 is ‘into the light’, very fitting in such times of COVID-19. We hope this plays a small part in bearing witness to the Holocaust and hope that you’ll be able to join us.

As we approach Holocaust Memorial Day on 27th January 2021, Professor Henry Maitles has written a blog post explaining why we must never forget the horrors of the Holocaust.  Read it here:

J-TV has been given a special privilege in being able to broadcast this remarkable short video about a Holocaust survivor and the non-Jew that hid her – Edek. An 86 year old Holocaust Survivor named Janine and a young American rapper called Kapoo collaborate to deliver a Hip-Hop message to the youth of the world. 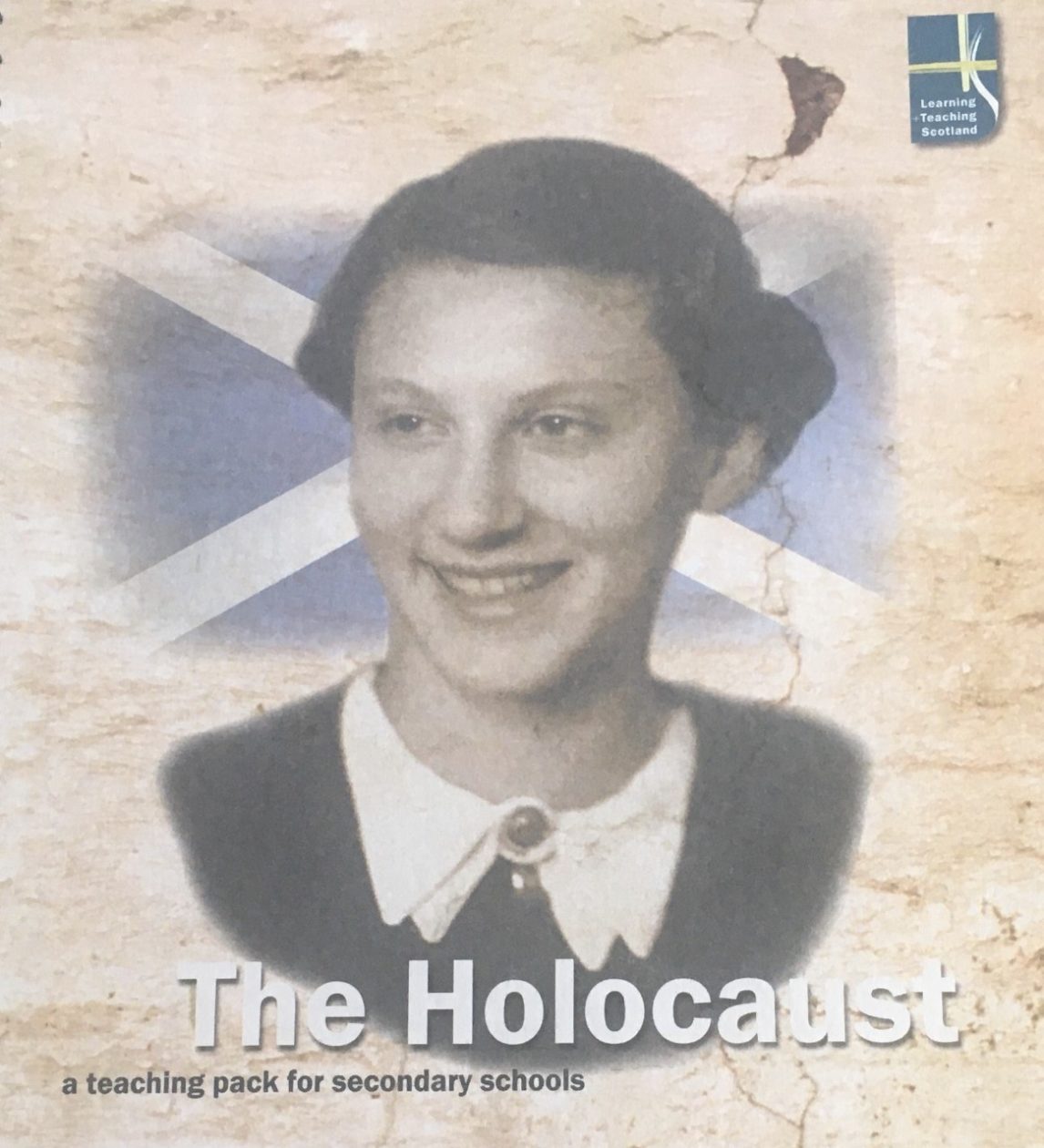 Vision Schools will soon launch the Marianne Grant Resource teaching pack for Secondary schools, along with a digital film and Teacher manual.  More updates to follow.

Expressions of Interest for 2021 have now opened

Schools which want to apply for Vision Schools Scotland accreditation are required to express their interest in this before submitting their application. Expressions of interest should be emailed to VisionSchools@uws.ac.uk FAO Jane Caffrey.

Submission Guidelines and application forms can be found at:

Teaching the Holocaust: Innovative Approaches to the Challenges We Face (Free Online Course)

Here is Information about a new FREE online course from Yad Vashem and University College London commences 26th October, find out more at the link:  https://www.yadvashem.org/education/online-courses/teaching-the-holocaust.html#utm_source=newsletter&utm_medium=email&utm_campaign=MOOC_UCL

More about Vision Schools Scotland on the UWS website