This blog post is going to be about the nature and culture of education in Moulsford Boys Prep School, Oxford-shire, England.

To start with, Moulsford is a private school, therefore independent and completely separate to the British government. On the other hand, the school follows the national curriculum up to Year 6 and thereafter from Year 6-8 the Common Entrance curriculum. The entire school is run by the Headmaster (chief role), and he is supported excellently by the staff who he has employed and the governors who help him.  Because of this I have created a small diagram of the structure around here including the curriculum’s, as the schools choose to follow them.

In terms of the curriculum, my findings of the differences between the English and private curriculum’s have been written in daily blog posts and weekly reflections. I feel there are some differences in the subjects we teach i.e. private schools in England teach classics and Scottish state schools don’t, but the way we teach and the techniques used are all the the same. The roles of the staff in private schools are the same as in state schools in Scotland, with the added additions of bursars, groundsmen, matrons and boarding staff. The other roles are basically the same as each position would be in a Scottish School. 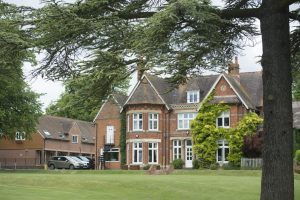