Image taken from Google – what is your first impression of parents who choose boarding schools for their children?

Here at Moulsford, boarding is offered for boys Year 5 and up, Monday to Friday, 4 nights a week. It is flexible and boys can choose to stay for 1, 2, 3 or 4 nights in a row if they choose. There is also the opportunity for some boys to actually stay until 8pm if they’re parents work late as “day boarders” and leave when the other boys go to bed. When I was the boys age now, I was reading the st Claire’s, Malory Towers and Naughtiest Girl in the School books by Enid Blyton and daydreaming about going to a boarding school myself. For a time I was even considering giving up the idea teaching all together when I was told I would never get the grades required, so considered becoming a house mother. However, that dream was shattered when I was (falsely) told I needed a nursing degree of some sort, so gave up the idea and fought even harder to get the right grades needed to become a teacher. This week, I was lucky enough to spend an evening with the boys to talk to them about their experience boarding and also discuss the work needed to be put into making the boarders life as comfortable as possible by the house parents.

Many people that I know, have the opinion that boarding schools are for children who’s parents are too busy to look after them or for children with disciplinary concerns. Now I am here and experiencing the boarding side to private schooling, I see that it simply isn’t the case. I did ask the boys why they were here and received many replies such as “because I enjoy it”, “because its great practice before I go to a full boarding private school” and “because we can use the schools facilities”. The schools facilities are incredible and the boys could truly want for little more each night. The majority of the boys parents live little more than 15 minutes away from the school as well, so if they needed anything or felt home sick they are only a phone call away which is so handy for the boys, the families and the school. Moreover, the boarding facilities not only include activities areas, kitchen spaces, comfortable living areas but also a sick bay run by the matron each night between 5-10pm and after that the boarding parents, who also live in a flat on site. This is rarely used according to the boarding parents, but they are glad they have somewhere that the boys can go should they feel unwell or unable to sleep.

The routine is structured enough that the boys always have free time, dinner, extra prep, free time and then hot chocolate and reading before bed. However, their free time is their free time and the boys change into their home clothes and choose to do whatever they want. The boarding parents put on daily activities for the boys in both sets of free time, however there is not obligation to participate, although encouraged. In the run up to exam 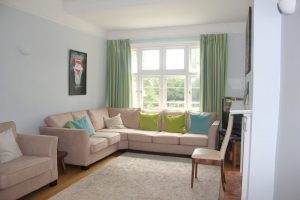 s and if the boys have a test the next day, like any pupil from a state school, the boys will sometimes choose to revise for that subject rather that to spend time doing activities. There are two communal areas with sofas, TV’s, kitchen area and games tables as well as their own rooms and the school grounds which they can use. The boarding parents like to take the boys down to the sports hall to run around and play active games with the schools equipment and often even join in with their games. No other state schools that I know of run after school sessions where the children can literally do as they please, it is usually a structured activities program, so I quite liked seeing what the boys got up to in their free time after school.

Tuesday nights evening activity was actually run by me. I took irn bru and shortbread for the boys and I did a short talk on Scotland and taught them some words in Gaelic. I wasn’t expecting much as it was only a very short 15 minute talk with some questions at the end so I was really surprised when the boys loved my talk and even asked me to go back. I was quite delighted to say the least that I had successfully run an activity for 35 boys where they all had taken part and enjoyed it. Not in a million years did I think I would have even 10 boys show up to my talk, let alone all of them! I truly thought there would be a certain knack to getting them engaged in participating but after speaking to the boarding master, he said himself that the boys usually choose to go to the boarding house and take part in any activity going, so getting them engaged isn’t as tough as I’d originally thought. This is definitely a difference to what I am used to in state schools. Regularly, there is a battle between teachers and pupils for engagement in activities – even the fun ones – so I would definitely be interested to see what kind of reaction my talk would get in a state school. 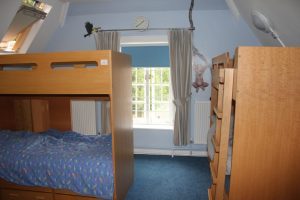 Before I left the boarders I was just able to spend some free time down in the games hall with them playing football, wall climbing, playing tennis and talking to them all about boarding life. The boys bed times are staggered by year group and as they each go off they get their hot chocolate as they get ready for bed. Once ready, the boarding prefects go and listen to the younger boarders read, and are often rewarded with a stash of sweeties hidden away in the boarding masters cupboard (I absolutely didn’t have any *cough cough*). So once all the boys were away to bed, that was my evening with the boarders over. Once I would be leaving, the boarding parents would do their usual rounds of checking bedrooms for chatterboxes and any suspicious behaviour before going into their flat and most likely doing marking or lesson prepping themselves for the next day. I asked the boarding parents why they chose to become boarding parents and they said because they loved the school, the pastoral side to education and because it is great stepping stone to go on to greater things in education. They didn’t mention their degrees and especially didn’t mention they had a nursing degree. Further research since then has confirmed that in fact no boarding school dictates that a nursing degree is essential to being given a job as a house parent and only matrons require this on certain applications.

I honestly had never thought about becoming a house parent or working with boarding houses since the time I thought maybe it could be a career opportunity when I was around 10. However, I can honestly, from the bottom of my heart say that Moulsford has changed my mind about boarding and I might even be as bold as to say that becoming a boarding parent is something that I am really interested in as a career move. They are so close knit here at Mouslford (staff and boys) and I honestly get a strong family vibe from them, as though they are all here for a common reason and just want to enjoy what time they have at the school. It takes something massive and life changing to change my mind about becoming a teacher and I think the boarding staff at Moulsford would be proud to know they have had that lasting impact on me. I am so so looking forward to visiting them again before my time here at Moulsford will be up. 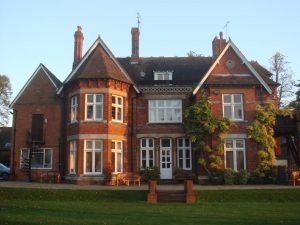 Image of the boarding school itself