Language acquisition fascinates me. It’s The theory of Noam Chomsky and the Nativist Theoretical approach that intrigues me the most. I agree that no child is born Tabula Rasa, we must have some sort of base to build upon, the inclination and thirst to learn. The skills needed to acquire language therefore would be, according to Chomsky and other Psycholinguistic theorists, innate; we would then draw upon it to communicate as part of society.

Chomsky suggested that children learn the words but have what he coined as the theory of Universal Grammar. Children simply have to learn the word but then can group them instinctively into verb and noun: My tired. Thus creating a meaningful and communicative phrase. This would explain why children say things that an adult would never say, dismissing some of the behaviourist and social-interactionist’s theories. Language is such a vast and powerful tool that only human’s possess, thus Nativist’s argue it must have intrinsic value. Children are exposed to finite sentences but have the ability to create infinite sentences without exposure to them before.

But… as a nursery nurse I found it impossible not to kindly correct the way children first use language and initial phrases. This was done by reiterating the sentence with more advanced grammar and trying to tease out conversation….”I’m tired, maybe we should read a story and have a wee seat?” It is human nature when something doesn’t sound right to correct it, even if that’s in our own head. We want to teach others and enable children to improve their language skills.

Many refute the theory of Nativist language acquisition and highlight a more usage-based theory. Originating from theorist’s like Wittgenstein, who thought language was a means to get by socially and therefore it had to emerge: believing that language use isn’t to be understood (cognitively) but is to be used in a learning, social context. A child may know it is polite to say “Good morning” even on a rainy day when the morning is not “good”. It is about understanding the social context of language, then we know what to use and when. Wittgenstein saw language as a tool box, believing in the multi-usage of words and their on-going acquisition.

Tomasello follows on from Wittgenstein and gives a robust modern-day argument to Chomsky; believing children learn firstly how others use language then use it themselves. All people have general cognitive processes that, for language acquisition could be separated into two distinct groups-

1-Intention Reading; the functional aspect of language and how humans are able to use social cognitive skills to understand symbols.

Tomosello believed it was through the schemas children create that language is acquired. This makes sense and holds more weight in today’s classrooms as it is a usage-based theory. Teachers can help build upon a child’s schema and introduce new methods to cement the use of words in coherent sentences.

This got me thinking…. how would I help their language acquisition, it is something that never stops developing and at such varying rates. Firstly I wouldn’t underestimate the children, give them a class project about news. Let them bring in newspapers, leaflets, magazines and see what catches their eye. Develop a class newspaper and get them engaging with a thesaurus as well as peers. Reading is vital but doesn’t have to mean silence! Let the children create a library corner for them to enjoy. Read to the class and analyse books; what language was used and how. It is undoubtedly the greatest way to build a varied vocabulary. Introduce a new, wildly long and impractical word every week, i.e. Abecedarian- arranged alphabetically… this could introduce word grouping; noun, adjective, verb, adverb etc. Reading out-with the classroom environment has such benefits and can engage those who feel somewhat constricted by reading time; opening up the chance for role-play, interaction, physical play and peer learning. No child should feel ostracised and it is our job to make reading and language acquisition a tool for all. 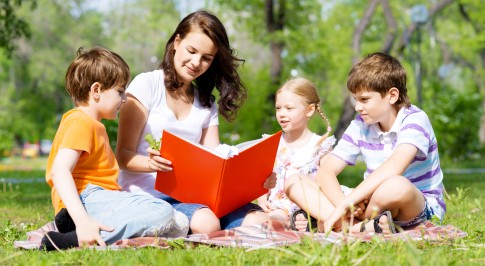 Also of great importance to me is how we can teach children that language is a tool and then allow a child to express themselves and eventually thrive in the wider world. Language acquisition is what makes humans distinct and we should embrace that. Many children may well want to see other animals communicate to appreciate what we have with our language skills. Get the chance to take part in plays and see how language use can create mood and feeling. Aesthetic education is another way to engage children in language. They could describe pieces of art in a gallery, use visual aids for word association and make words come alive in sculpture and shape… Giant human letters in the playground (think ArtAttack, can you guess what it is?).

Decades on language is still a topic of controversy, debate and budding research, yet much of this still draws upon initial theories. So as a teacher it is important to understand the varying linguistic skills of children stepping into our classrooms, then help them become linguistically eloquent.

7 thoughts on “My Tired”