For Mathematics and Science to be dictionary defined as symbiotic it would mean both subjects formed a mutually beneficial relationship due to their close proximity. (I love google dictionary)

But are Mathematics and Science symbiotic subjects? This is university so I cannot use the word Mathience and my nosiness won’t allow me to accept that both subjects were that needy of the other.

When I think of Mathematics I think of sitting in Math and wondering why the answers were all at the back of the textbook but I had to show my working out? Why could no one catch the train on time? And why did Jane need my help to buy a doll at 3p when she clearly had enough with her giant 50p? Math is everywhere and in all honesty I’ve never needed to find the negative point on a curved axis or even drawn a long division calculation on a bit of paper, but I do use math daily without even thinking. I feel I would have gained from learning about what APR is and what the dow jones is in the pretty pink newspaper but I suppose I shall just have to google that and wish for the best.

Science to me was purely a High School experience, or so I thought. Physics, Chemistry and Biology were all a muddle of periodic tables, bunsen burners and wearing super cool protective eye gear. The beauty of my childhood primary experience of science was that it was never explicit, never a set point of our week. Experiments, building bridges, growing plants, the solar system, even concocting our own flower petal perfume with just the right amount of rose petal all occurred naturally. I needed to use my Math skills to explore these things but there was never the overwhelming feeling of the right answer being no where near my conclusion. I also feel super clever when I see the O2 sign and know it stands for oxygen or an MG car and think oooh that’s the same as magnesium and it burns bright like that experiment I did in Chemistry once. It’s the little things.

For me now, as I continue on my journey to become a teacher, I see the benefits of integrating Mathematics and Science. I think this stems (no pun intended) from my experience in Early Years where there were no set subjects, the children’s interests in the world around them led to the use of mathematical calculations, language and use while also engaging in scientific processes and constant exploration. The amount of times I’ve had to prove the answers I give my daughter shows me how often I use Mathematics and Science in tandem. How do you know that puddle will freeze mum? Well Ruby…. Also who am I to tell a child the way they are scooping that mud into the bowl is not the most efficient way to get the most mud in, unless I get in that dirt and at their pace, show them another way, we can then compare and they can decide. How can they be sure that if I half the biscuit the pieces would be fair? Experiments and collecting data are such an engaging way to explore questions and make Mathematics and Science the subjects our children are enthralled by.

Curriculum for Excellence lends itself to cross-curricular use. Mathematics and Science is a perfect example, as is currently shown by STEM Central on the National Improvement Hub. There are a number of projects there that can be downloaded, showing ways in which Science, Mathematics and even Literacy can be intertwined. Does this make the subjects symbiotic in nature though?

Symbiotic relationships can be described in three different ways; Mutualism where both parties benefit, Commensalism where one benefits but the other isn’t harmed and Parasitism where one benefits at the others cost. So as Math and Science go I’d say they share a Mutualsim style symbiotic relationship. Many scientific breakthroughs could not be achieved without the logical aid of Mathematics. Calculations, data, evaluating, equations, relationships between matter, velocity required to land a rocket on the moon. Mathematics helps. However, they do differ in a way that made Science the more appealing of the two subjects to myself. In science when a theory gains supporting evidence from experiments the theory becomes true till disproved or new evidence surfaces. Mathematics is the search for the one true answer and can be done so in abstract manners. So, for all the science jargon I had to read I always thought I could add to that and explore it and naively even disprove it. There is no arguing with numbers and if I couldn’t master where I was at and was unwilling to be constantly wrong then how could I build upon it? Just like the mathematician Hankel said- 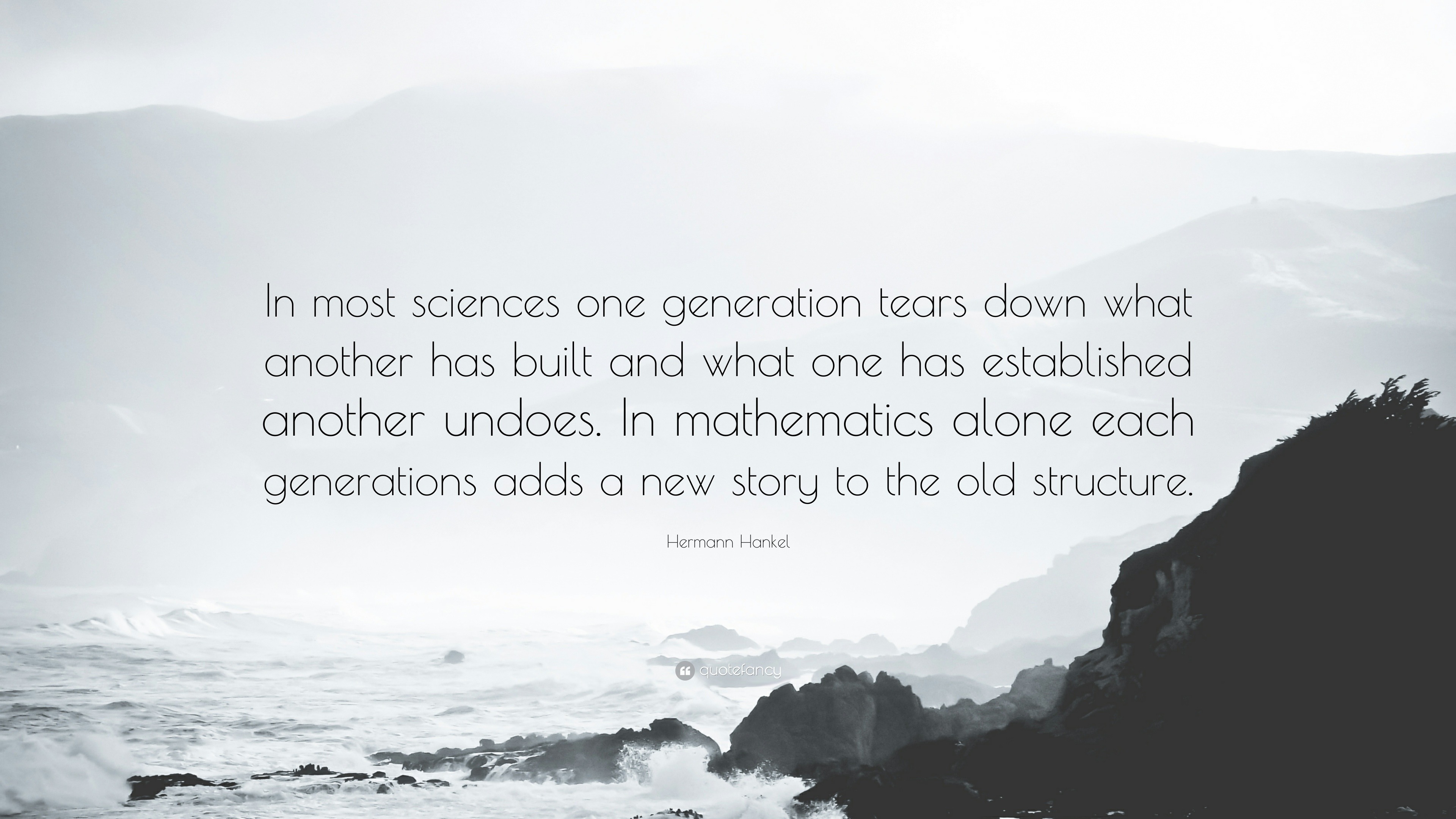 In short Mathematics does not rely on the tactile, real world of Science but it becomes more tangible when objects and play become part of it, especially for younger children. Science does however, rely on Mathematics as the tools of it’s trade but can lend itself to make Mathematics come alive. The world would be a boring place if we could not create, explore and engineer around us and that takes the symbiotic relationship between Mathematics and Science.