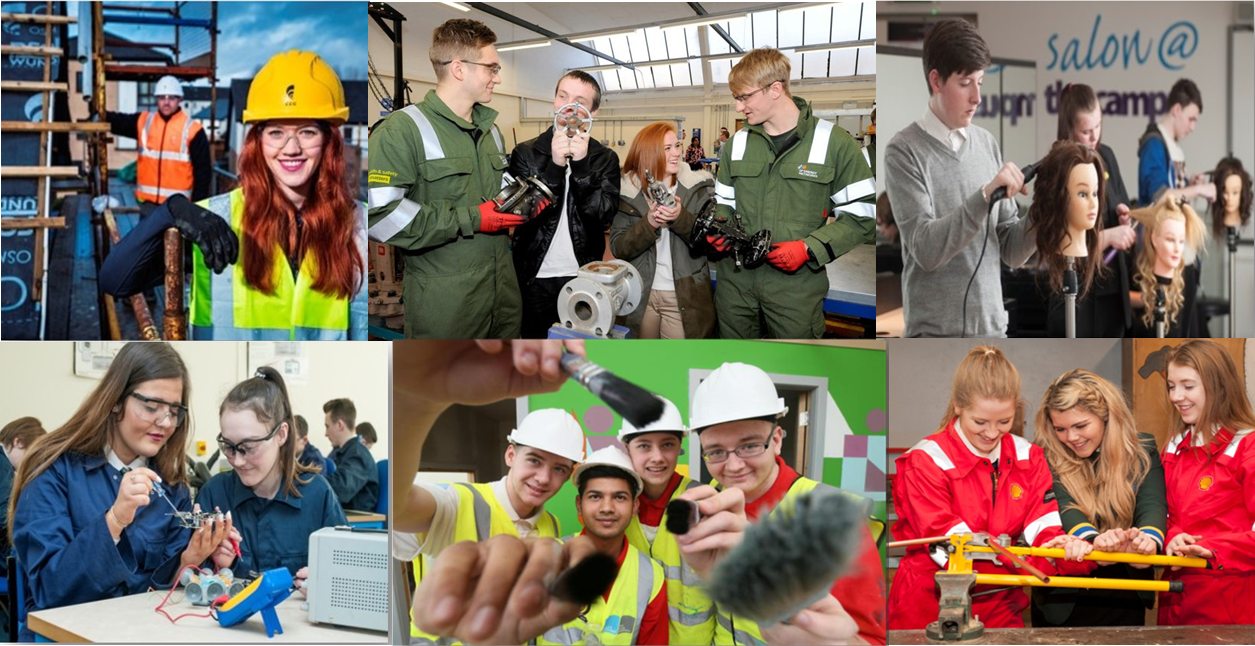 We would love to showcase your practice showing STEM education in a secondary context.  If you have something to share then please email the STEM team at  STEM@educationscotland.gov.scot 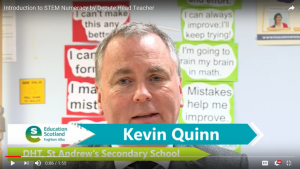 This interesting practice exemplar found here or by clicking on the heading or picture to the left, demonstrates how St. Andrew’s Secondary School in Glasgow has developed a STEM course for all S1-S3 young people to develop their numeracy and mathematical skills.​  ​This exemplar is relevant to STEM co-ordinators within secondary schools, faculty heads, principal teachers and secondary teachers across a range of STEM subjects.​  The course is delivered by a range of teachers from across the school and has positively impacted young people’s engagement, confidence and attainment in numeracy and mathematics within the practical STEM subject areas.  This exemplar could be used by practitioners wishing to develop their BGE courses to support attainment in STEM through numeracy and mathematics. The exemplar could be explored individually or as a team.  It will give you an insight into how one school has developed and implemented an approach to boost learners’ skills and confidence.

STEM within Hyndland Secondary School builds positive relationships across the learning community and is effectively embedded across the four contexts of learning. Just as the school’s values are evident throughout; the school motto ‘Spero Meliora’ is often at the heart of the learning taking place, with a focus on using STEM for good in the world around us. S3 pupils benefit from a timetabled STEM core period, with a rotation focussing on Climate Change which links in with related articles from the UN Charter of Children’s Rights.

STEM activities play an ever growing role in the school transition arrangements with Enhanced Transition STEM clubs being organised by the school’s Young STEM Leaders culminating in family showcase events. 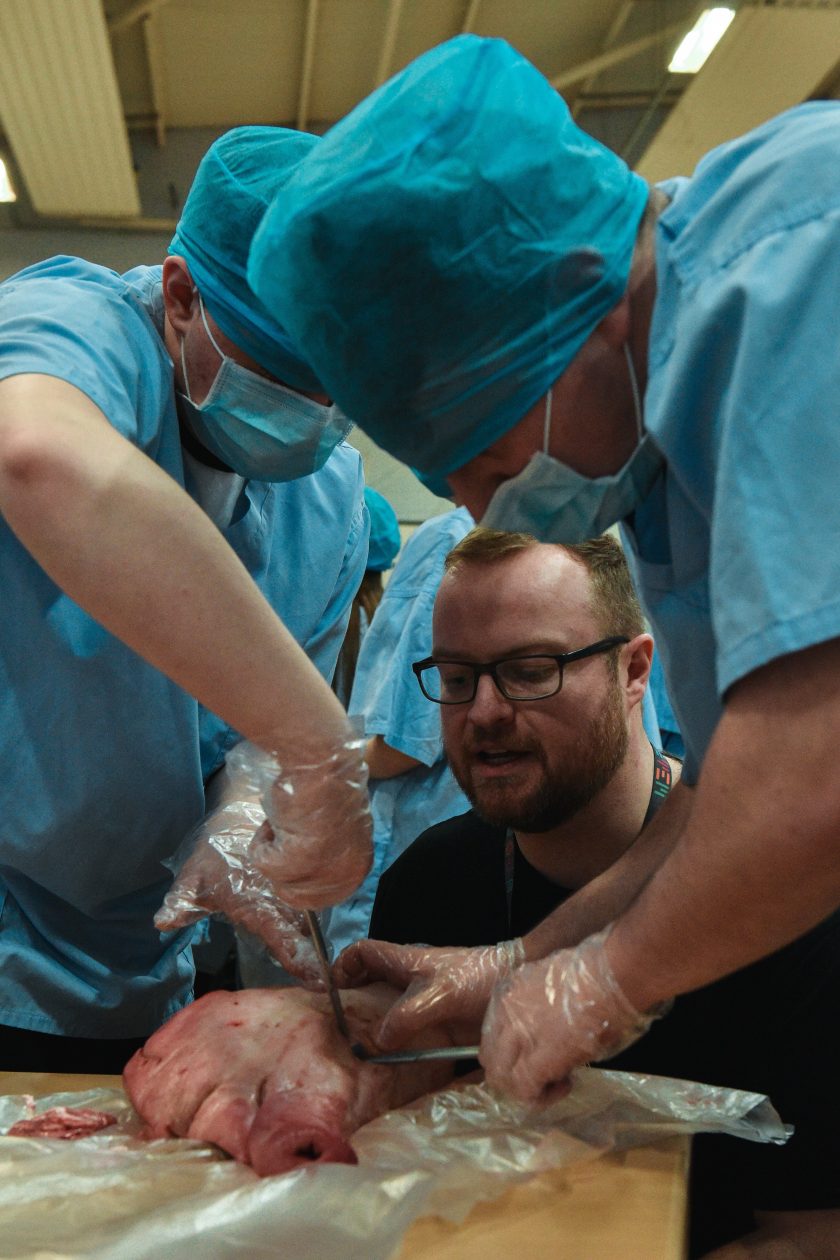 Collective responsibility for providing STEM opportunities is demonstrated across the school, with a wide range of opportunities provided by staff available to young people resulting in a number of notable achievements in recent years. In 2019 the school came 18th out of 3,350 teams from across the UK in the Cyber First Girls Competition. As the only publicly funded school in the top 100, the girls showcased exceptional lateral thinking and cyber knowledge.

In early 2019, the school received funding through STEM Glasgow towards a Food Growing Project by the Eco Group. This included constructing planters for the playground and growing food from seeds linking in with Food Miles, Food Security and Sustainability throughout the project. The hard work paid off with a harvest celebration for friends and families linking in with Health and Food Technology (HFT) to produce a feast with their crops.

In session 19/20, the school received funding from Education Scotland’s Enhancing Professional Learning in STEM Grants Programme to support partnership work with the National Cancer Research Institute and the development of Cancer Education. This project included bringing together 80 pupils and 12 staff from 12 schools across 4 local authorities to learn about Cancer Research and human anatomy. Staff collaborated on the planning of a BGE unit which is being produced on Cell Biology & Cancer Education. The school also assisted in organising the NCRI Schools’ Event at the UK’s Largest Cancer Conference held in Glasgow in November 2019.

STEM clubs across a number of year groups are facilitated with an S3 group preparing to represent the school at two National Finals in March 2020 following their investigations on the effect of green light on pupils in the classroom!

Belonging: in a minority 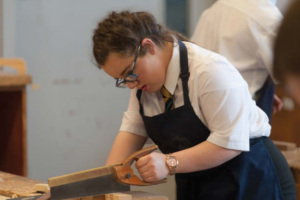 Being in a minority in a larger group can all too easily lead to feeling deep down that you do not belong.

One school in Scotland experimented with the gender balance of their typically male dominated S4 (age 14–16) physics teaching sets by placing all the girls in one class.

Physics is optional at this stage and, in line with national statistics, the school generally had few girls electing to take the subject. Historically, the girls attained high marks in the N5 (national Scottish) exam at the end of the year, but delving deeper, they tended to do worse in physics than in their other subjects. This again is in line with the national picture of high-attaining girls doing well in physics, but not as well as in their other subjects. And, generally, only a much smaller subset of the girls would choose to continue with physics the following year. The school was aware of the research around the impact that being in a minority can have on one’s sense of belonging, and wondered if they could address this. The department generally had three teaching sets for this particular stage. Students would be randomly assigned to sets, and an unintended consequence was that the few girls would be dispersed across the classes. The school experimented with placing all the girls in one class. There were six girls and twelve boys in the group. The two other teaching sets were therefore all boys. Staff reported that this had an overall positive impact on the mixed class atmosphere. The girls contributed more often in class and appeared more confident. In the N5 exams, they not only continued to attain high marks, but achieved in line with their other subjects. This suggests that the negative impact of being in a minority had been challenged.

In addition, five out of the six girls chose to continue with physics the following year – significantly more than usual for the department. The school repeated the experiment the following year. The results seem to support the idea that a sense of belonging is important, and is negatively affected by being in a minority group. By ensuring the girls were not in such a minority, the school levelled the playing field. 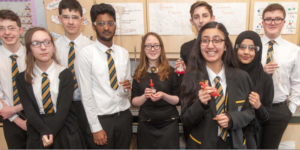 One secondary school in Scotland was keen to find ways to enable all their students to experience the fun and reward of STEM challenges but found that asking for volunteers meant a lot of the young people ruled themselves out.

“We’ve had a long tradition of having a science club that has been very successful and won awards, and various extra-curricular activities. But, when we look at who engages, it tends to be the same self-selecting group of pupils. We realised that a number of our pupils were very, very good, had the right skills to do well at these sort of events and would enjoy them, but wouldn’t go to the traditional lunchtime or after-school clubs to take part. One of our approaches was to select a large STEM challenge (Shell’s The Bright Ideas Challenge) and run it for the whole of S2 (age 12–14). Every S2 pupil got to take part in it and then only after they’d all experienced it did we ask for groups of volunteers to continue with it further. We ended up with mixed gender groups, which we wouldn’t normally have had. Speaking to the girls who had been involved, they wouldn’t have volunteered normally to take part. It gave them the opportunity to experience STEM in action.”