Do you remember back when you were at school and there was a certain pen, pencil, rubber or ruler with the multiplications on the back of it, that almost everyone wanted to have? For me, it was Crayola’s Twistable Crayons. They were the “cool” stationary that nearly everybody wanted to have! I remember sitting in class watching my friends colouring in their work with these magical crayons. I compared my work to theirs, thinking “their work is so much better than mine”. This is a reality of school; some people will have more resources than others. Ultimately, my colouring pencils were just as good as the crayons but sometimes scenarios similar to this one, can affect a child emotionally.

On Tuesday, I experienced a very valuable lesson, one that I will always remember. As the group I was in sat down at a table, we talked among ourselves, ready to start the workshop. We were informed that within our groups we would be coming up with a University welcome pack for freshers, which would be useful for them starting out university. However, we had to create the starter pack by using only the materials in the envelope that was in middle of our table. My table, had the envelope with the group number 4 written on it. 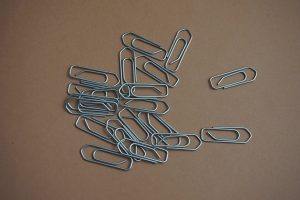 We were so intrigued to see what was inside our envelop. We eagerly opened the envelop to find we only had 3 paperclips, a sticky note, a pencil and a rubber band. We looked at what we had before us in shock. We watched the other groups around us excitingly open their brown envelopes which were full of items that we didn’t have. All the other groups were talking enthusiastically, coming up with so many creative ideas for their freshers pack, as we sat looking at our minimal resources.

Our team worked together so well despite what we had, each of us coming up with ideas. We knew our welcome pack wouldn’t be as impressive as other groups. Despite our situation, our group came up with using the envelope to draw on a map of the campus. The sticky note could be used to identify what building a student would have to go to the next day and the pencil could be hung from the map by using the paper clips and the elastic band. We became more enthusiastic with our idea and quite pleased with what we had come up with.

Meanwhile, our group had observed that the tutor was paying more attention to groups 1, 2 and 3. We weren’t even being acknowledged or talked to. We got a few unimpressed looks. We discussed among ourselves that we were trying our best with what we had, what else could we do but our best?

Then the time came to present our ideas to the class. We felt subordinate to all the other groups as they presented their amazing ideas. We progressively got more and more nervous, knowing that our idea wasn’t as “cool” as the rest of the class. 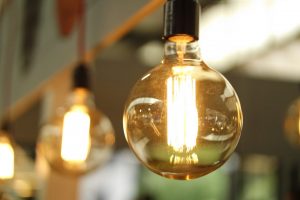 The tutor then informed as that we were instructed not to use the envelope. We were to only use the contents inside. We felt frustrated, knowing that we had tried hard. So we then had to change our idea. We put the campus map and the important notes section on the post-it and attached it by the paper clips and elastic band to the top of the pencil. However, we received the anticipated reaction. Our idea wasn’t good enough. Group 1, 2 and 3 all scored higher than us.

At first, we didn’t even get a score after all our effort! Then we were given 2 out of 10. Our group felt disappointed and disheartened. Group one having the most resources, got the highest score. In second place was group two, in third was group three and in last place was our group, group four. We felt disapproved of as most attention was given to group one, they received the most praise for their work. Yet, it was unfair because they were able to make a better welcome pack due to all the items they had received in their envelope.

Next, we were informed that this workshop was all a set up! It was to demonstrate to us that some people will have more resources than others. Therefore, illustrating that the greater access schools have to resources can help improve children’s learning and experience at school and these resources should be equal! For example, some children may have access to extra tutoring whilst others don’t. This can result in some pupils getting higher in tests, potentially leaving those who don’t have the same opportunity and don’t score as high, to feel inadequate and less capable than others in their future! This is not an equal opportunity for all children.

Furthermore, I experienced first-hand what it’s like to feel as the least favourite in the classroom, no child should feel this way in school. This can cause some children to be less enthusiastic about learning and maybe even dislike school. Therefore, teachers should be fair in their support and interest into each pupils learning.

As a result of this workshop, my awareness increased of what it felt like as a pupil to be in a different position than others in the classroom by having less resources. As well as receiving less attention than others in the classroom. This is not what any child should experience or feel like in school. They should feel valued, respected, included, they should have justified support and resources to help them learn and to enjoy learning.

Ever since I was a child I always dreamed of being a primary school teacher. I would set up all my teddy bears in a circle around me, hold up a sheet of paper and explain an imaginary worksheet. I wanted to be like my teachers in school. My teachers inspired me, they always motivated me to do the best I could. They celebrated my success and supported my weaknesses. My teachers cared about me. They wanted to see me succeed. I always wanted to be the caring, helpful and inspiring teacher. The teacher that pupils would not be afraid to turn to for help. 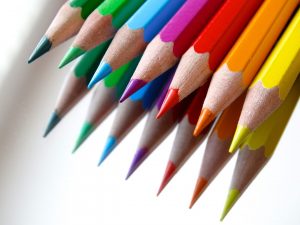 Furthermore, teaching is a very rewarding profession. I have experienced this first hand in my work experience. Whenever I seen that a child was struggling I gave them extra attention to ensure that they would be able to understand the work. Many times I had seen that when children understood and were able to do the work, they had a smile across their face as they raced through the next questions with enthusiasm. From this, I learned that teaching is a very satisfying and fulfilling profession.

Throughout secondary school I volunteered for several years and still continue to volunteer every summer in a local summer youth club. Every year I look forward to the days were I’ll be engaging with the children, living out my gift, and my dream. Furthermore, I have an excellent rapport with children and I have always received great feedback from professional youth workers and teachers. I wanted to continue working with children, so I volunteered for more and more summer clubs each year which grew my passion to work with young children and my desire to be a teacher. 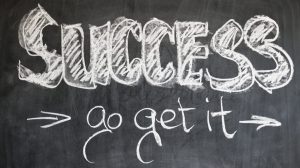 My desire to pursue a career in teaching was born out of my personal learning experience, from the beginning of primary school, together with my natural ability of being able to communicate effectively with young children. Teaching provides rewards such as inspiring children and seeing them grow and develop. I am so thrilled to now be embarking on my dream journey to be a primary school teacher!