As we are all aware, when we can’t decide what to do, we flip a coin. It is well known that by flipping a coin you have a 50/50 chance of either getting heads or tails. 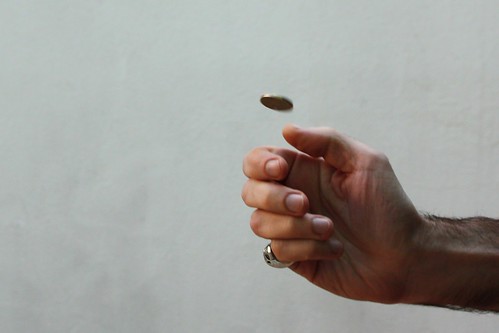 However, that’s not true.

It is a common misconception that the toss of a coin offers a 1 in 2 chance of landing on either side but we must also take into consideration that the coin will actually land on its edge. Despite the chances of this happening being so slim, it still nonetheless alters the probabilities.

However, on top of that, if we were to remove the chance of it landing on its side, there is still a 51% chance of the coin landing on the same face as it started off on. This is due to the fact that sometimes the coin doesn’t actually fully rotate therefore ends up just falling back down still facing the same way. Seems complicated for just a simple toss of a coin.

Tossing a coin gives a random result, whether it be heads, heads, tails, heads or tails, tails, tails, tails. The chance of the next flip is random yet as humans, we would expect the next turn in the second example to produce a heads as it has not appeared for a while. But if it were to be a tails people would struggle to believe there was no ‘magic’ going on. This demonstrates humans inabilities to truly grasp the concept of randomness.