When I first walked into the school on my first day I was quickly introduced to the teacher that would be my mentor for the next six weeks of my placement and taken into the classroom. The teacher then explained what lessons she had planned for the day. From inside the class I could see that the children had noticed me in the classroom and were looking inside inquisitively. At five to nine they lined up outside the classroom and then proceeded to come in and get their things sorted for the day. A few of the children approached me and asked who I was, replying that my name was Miss Fullerton felt strange at first but I quickly got used to it.

The first lesson of the day was PE and once the children were all ready to go they were lined up and taken to the gym area. The gym space was a circular space in the center of the school surrounded by all the other classrooms.  The PE lesson they were focusing was dance, so the class showed me three dances they had been working on over the past few week. I was then asked to wander round and observe what the children were doing to see if they met the learning intentions of the lesson which they had previously talked about and recapped at the start of the lesson. This was a good way to get to know the children as there different personalities came through in the dancing.

After break I was then asked if I would mind sitting and working through some work with a child who found it difficult to concentrate on their work fully. When getting to know them I found out about a rewards scheme they had in place to encourage them to concentrate well for a full day. This gave me a good insight to how the school encourages good behaviour with positive praise.

Just before lunch the class moved onto some worksheets involving time and I was asked to work with the P4’s in the the class as the teacher worked with the P5 children. It was interesting to see how the teacher kept the basic lesson the same for the composite class, but tailored the content for the two different levels.

After Lunch the children came in and were instructed to read over a piece of writing about Andy Murray and had to skim over and highlight the important parts, then they had to answer questions about Andy Murray. Again this lesson took in consideration the different levels of the children in the class. Once they were done they were encourage to finish off things from the previous days that they didn’t have a chance to get finished.

To end the day the children put away all the things they had been using and got their coats on ready to leave. They all began to say goodbye Miss Fullerton as they walked out of the class, some of them asked when I was next back or that they wanted me to come in the next day. I went into my first placement day a little apprehensive but by the end of the day the staff and the pupils in my class put me completely at ease and I can’t wait to get back and really immerse myself into teaching.

Throughout the Values and the Working Together modules in semester one I was constantly testing my own personal values and my abilities to work with other professions and characters. When reflecting on the values module the most difficult thing for me was questing how I could work my values into what was seen as ‘professional values’ in the educating profession. By the end of the module I realised that my personal and professional values were not different but were actually very similar. 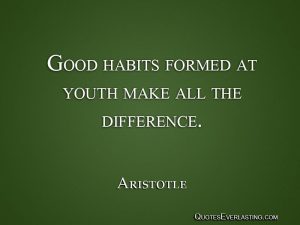 The most valuable lesson that I have taken from semester one  is the importance of being there to support every child and strive to achieve equality in the classroom. As the semester progressed and I began to read further into issues that could possibly be out of my control in the classroom. This really made me think about how important it is that I lead by example in the classroom, in an effort to shape the minds of the children I would be teaching, in the hopes that they would carry on these values and strive achieve a more just society.

When the semester was drawing to a close and the 2000 word essay, group presentation and poster that seemed so far away at the start of the semester was just around the corner I began to reflect on everything I had learned throughout my first three months at university. I finally started to realise the importance of what I had been learning and how it would become essential when I am working in the classroom. I can now see the importance of reflection in the classroom as without reflection I would not have gained a greater understanding of the content of my first two modules at university.

They say those who can’t do teach, but I can’t think of anything else I would rather do.

The moment I knew I wanted to pursue a career in Primary teaching was in January of my lower sixth year in secondary school when I went to a local primary school for work experience. I wasn’t completely sure what career path I wanted to go down but I have always thought that I would enjoy teaching in a primary school as I’ve always enjoyed working with children.

After the first five minutes of being in the classroom I knew that teaching was what I wanted to do. The enthusiasm that children have to learn is incredible and every day was just so different. The feeling I got when a pupil finally understood something was wonderful. I enjoyed it so much I just kept going back for more and more experience whenever I could. Seeing how much in only a few months a child’s, writing and numeracy skills improved was amazing. Every time I left I couldn’t help but think that I wanted to be the one standing in front of a classroom shaping the minds of tomorrow.

Another major factor in why I want to be a teacher is that throughout my years of school I have had some amazing and unforgettable teachers that have inspired me and made learning exciting. I want to be like that, I want to be the reason a child can’t wait to go to school, I want to be an inspiration to a whole classroom and watch them succeed.

I still haven’t quite got my head around the fact that I am actually studying at the University of Dundee and that in only a few short years my dream will finally be a reality. It would be a lie to say I wasn’t slightly terrified, but I am also so excited to begin this new journey to become a great teacher. 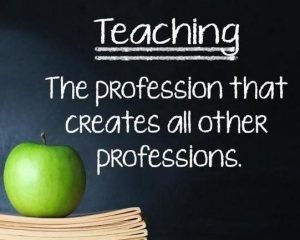