Maths and music go hand in hand. “Rhythm depends on arithmetic, harmony draws from basic numerical relationships, and the development of musical themes reflects the world of symmetry and geometry.” Marcus du Sautoy (2011).

There are many links between maths and music such as the value of notes, the rhythm, the amount of beats in a bar, the tempo of a piece of music, the pitch, musical intervals even scales and arpeggios are mathematical patterns. Maths is very much a big part of music and to learn a musical instrument you must have a basic understanding of mathematical concepts.

As the great 17th century German mathematician Gottfried Leibniz stated, “music is the sensation of counting without being aware you were counting”.

The “grammar” of music – rhythm and pitch – has mathematical foundations. When we hear two notes an octave apart, we feel we’re hearing the same note which is why they’ve been given the same name. The frequencies of the two notes are in an exact 1:2 ratio.

Just as music is not about reaching the final chord, mathematics is about more than just the end result. It is the journey that excites the mathematician. This is much the same way as we listen to a piece of music: understanding how themes are established, mutated, interwoven and transformed. What people don’t realise about mathematics is that it involves a lot of choice: not about what is true or false, but from deciding what piece of mathematics is worth“listening to”. 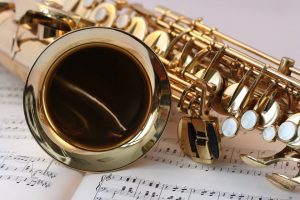 Symmetry is not restricted to only the visual arts. Music is usually very symmetrical and predictable. Symmetry is the repetition of sounds in music. Symmetry has been used as a formal constraint by many composers, such as Steve Reich and James Tenney. In classical music, Bach also used concepts of symmetry.

The Fibonacci sequence beginning 1  1  2  3  5  8  13 can be seen in music. The following video uses visuals to show how the numbers appear in a musical context.

Statistics and Data in Medicine

Statistics can be defined as a branch of mathematics dealing with the collection, analysis, interpretation, and presentation of masses of numerical data. It can be a very complicated area of mathematics but essential in the medical world.

Medicine has become increasingly reliant on mathematics in recent years. Statistics are used every single day in the hospital to ensure the correct dosage of medicine is administered to patients. While most adults are given the same dosage, the dose for children

must be carefully calculated because it is much easier to poison a child. Prescriptions need to be calculated very specifically based on the weight of the patient, how many times the medication must be taken each day, how long the prescription will need to last etc. Doctors must also consider how long the medication will stay in the patient’s body as this will determine how often the patient needs to take their medication in order to keep a sufficient amount of it in their body. Doctors must be able to do these calculations mentally with speed and accuracy. Therefore, the understanding of mathematical concepts are a necessity when practising medicine.

IV drips also require careful calculating to ensure it wont do more harm than good. The maths involved in fluid prescribing include calculating how much fluid has ben lost, how much is needed for the patient and not too much that the electrolytes become diluted.

Mathematics is at the centre of interpreting research and probabilities in medicine. Medical professionals use graphs to record patients’ deterioration/improvement which allow others to read the information and analyse it to know the next steps in their treatment. Graphs can be used to look closely at infectious diseases and make realistic predictions as they use patterns of distribution, how fast it manifests and the areas located to work out the future impact of the disease.

A new approach to improve the health care system, which is based around mathematics, aims to predict influxes in patient admittance to hospitals. Doctors and hospitals use twitter to search for certain symptoms of an illness/outbreak in tweets to predict when they will seek medical advice as symptoms continue or become worse. This can help prepare doctors and nurses to deal with this.

Mathematics is absolutely crucial in medicine as one small mistake could cost a life.