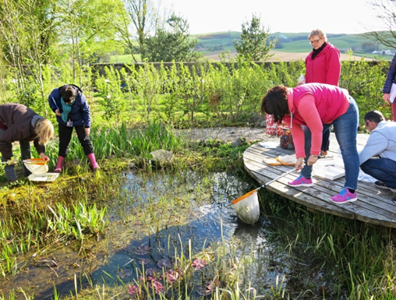 Outdoor learning with a focus on Additional Support Needs

Participants will hear from a range of practitioners how children and young people with additional support needs experience outdoor learning.

The webinar will include a focus on outdoor learning within primary and  secondary schools and settings which supporting complex needs.

As this is a re-run if you wish to attend this – please email EDSRegionalImprovementTeam@educationscotland.gov.scot FAO Ashley Spence and ask to be added to the list

Re-run of Numeracy and Maths session held on 30 September.

Literacy in the outdoors

This webinar will be run by a combination of Education Scotland STEM and Literacy and English colleagues joined by presenters from The John Muir Trust who will present practical ideas for The Lost Words. East Ayrshire’s Learning Outdoors Support Team will also share inspiring literacy ideas from their work with schools. Participants will be invited to share ideas during the session.

This webinar will explore links between OL and RME, identifying how RME is an excellent context for considering the relationships between OL, Beliefs, Values and Practices and Traditions. Participants will have the opportunity to discuss and share ideas during the session.

This session will use research and examples of practice to inform a discussion of gender differences in children & young people’s relationship with outdoor learning.

It will explore the implications of gender differences in participation on the wellbeing and self-efficacy of young people.

In particular it will explore:

This free Professional Learning course is aimed at Primary and Secondary teachers, and consists of two online training sessions with an online sharing and reflection session later in the year. We will bring together strands of Learning for Sustainability (LfS) with a deeper exploration of Global Citizenship, providing practical methodologies and resources for teaching across the curriculum. Over the two sessions we will: 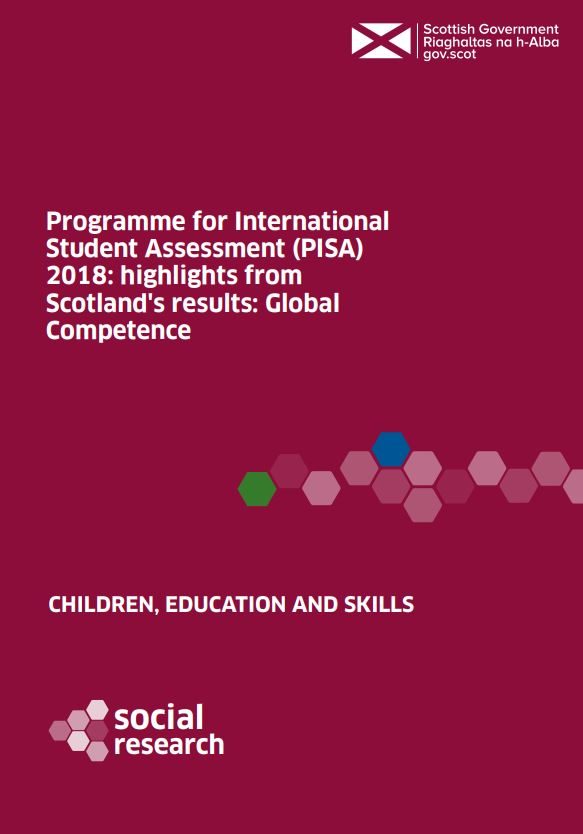 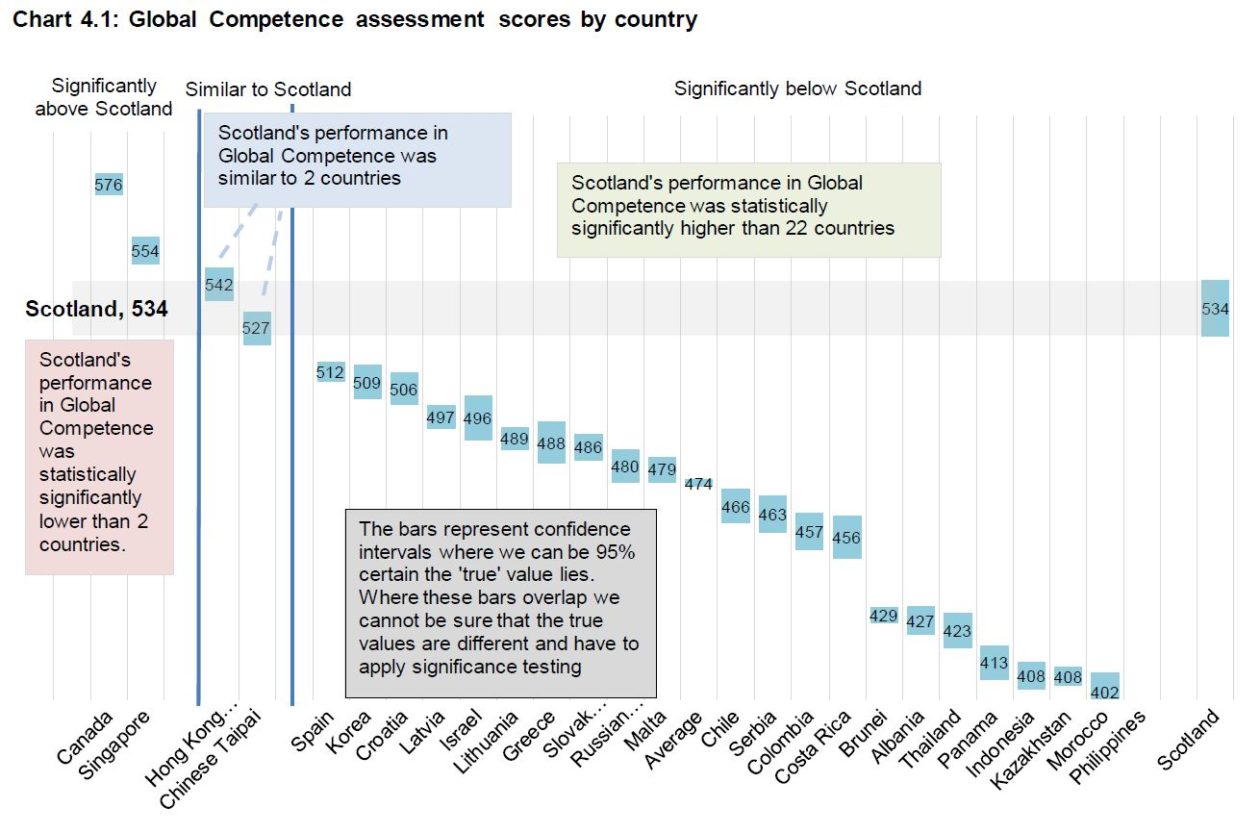 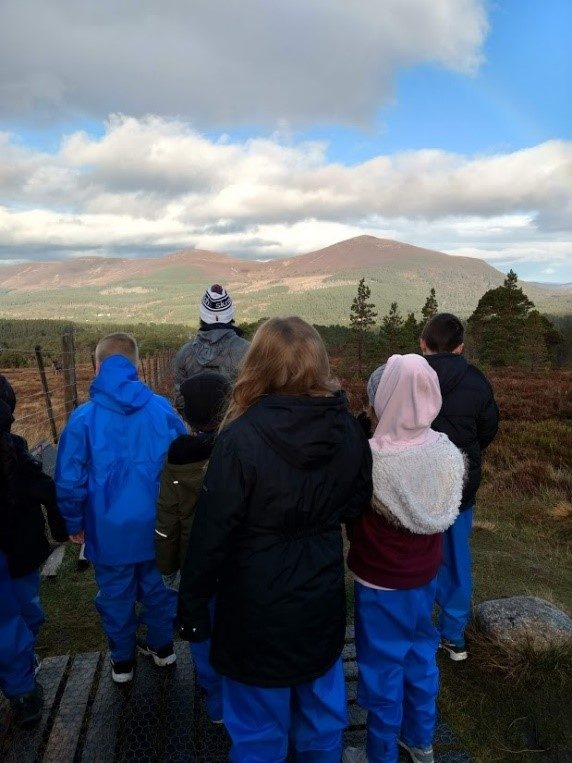 The Scottish Advisory Panel for Outdoor Education is pleased to announce the launch of the Supporting Learning Outdoors professional e-learning course.  This course and associated guidance, developed by Education officers and SAPOE representatives from five local authorities, benefited from Scottish Government funding aimed at supporting outdoor learning. This has allowed the course to be made available, free of charge, to practitioners across Scotland and recognises the value that outdoor specialists can offer in partnership work with schools. SAPOE is keen to highlight the positive outcomes and impact collaborative practice can have on learners and their communities.

The Supporting Learning Outdoors (SLO) course will assist non-teaching staff: instructors, classroom assistants and third sector organisations, who want to work in partnership with schools to deliver meaningful curriculum based outdoor learning.  The course will help participants to gain an understanding of the Curriculum for Excellence and the framework for delivering this to pupils.  Furthermore, understand key messages on embedding and enhancing taught curriculum content into the real world context.

Education Scotland is pleased to announce the launch today of the Teaching Learning Outdoors professional learning course.  This course and associated guidance – relevant to teachers from all sectors- has been developed by SAPOE (Scottish Advisory Panel for Outdoor Education) and benefited from £17,250 of Scottish Government funding aimed at supporting outdoor learning. This has allowed this course to be made available, free of charge, to practitioners across Scotland through the Professional Learning and Leadership platform on the Education Scotland website.

It has never been more important to get our children and young people learning outdoors. This six step professional learning resource will guide you through the opportunities for outdoor learning,  why it is so important and beneficial and to help you plan high quality progressive outdoor learning experiences.  The course features videos, presentations and reflective questions looking at aspects of learning in the outdoor context; the health benefits, partners that can support you, policy context and links to key guidance, and learning and teaching resources.

The course can be found on Education Scotland’s Professional Learning and Leadership platform: https://professionallearning.education.gov.scot/learn/learning-activities/teaching-learning-outdoors/step-1/

In collaboration with our outdoor learning partners, Education Scotland has also produced a Wakelet featuring resources and guidance on Outdoor Learning and Learning for Sustainability:  https://wke.lt/w/s/beXl3C.  We are also running a series of outdoor learning webinars with our partners: https://professionallearning.education.gov.scot/learn/events/.  These webinars will be recorded and shared online to allow practitioners to view at a later date. 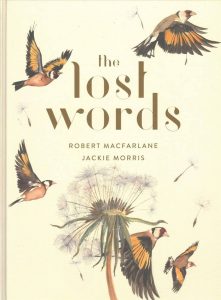 Ways in which this publishing phenomenon is being used to connect with diverse groups and learning settings are highlighted by Rob Bushby.

Read how educators, youth workers, countryside rangers and others are using The Lost Words to help inspire and engage people from all backgrounds to re-discover words – and find and interpret their own learning and meaning through creative connections with nature.

Free resources including 5 spell-poem downloads and an Explorer’s Guide are hosted by the John Muir Trust.

Collaboration in Global Education CLPL – The Wood Foundation
Join a network of empowered, excited practitioners for a day of collaboration, shared learning, inspiration and interactive conversations to better mould your role in delivering Learning for Sustainability and global education.
Suitable for: All education practitioners (from early years to secondary, probationer to headteachers)
Saturday, 2 March 2019 Dewars Centre, Perth
11am to 4pm Cost: Free
https://bit.ly/2TbkFop

Offered by Scotdec and the Scottish Parliament Education Service, this course is a unique opportunity to consider ideas and resources to support young people to become politically literate critical thinkers.

Sessions will have an input from the Scottish Parliament Education Service giving practical advice and resources to introduce your pupils to the nuts and bolts of the democratic process in Scotland. The course will also explore what we mean by political literacy and why it is relevant in Scottish education. It will use Global Citizenship approaches to address controversial issues and will include a focus on participation and pupil voice.

This course is for all teachers.

Teachers from other local authorities are welcome to attend. If you wish to please register with mailto:isabel@scotdec.org.uk

Moray House Institute of Education and Learning for Sustainability Scotland have produced a series of policy briefings on outdoor learning and learning for sustainability (LfS) within the Scottish context.

The policy briefings provide a concise background and overview of different aspects of LfS and outdoor learning and their impact on education and outcomes for learners. Themes covered include the impact of outdoor learning and LfS on attainment and behaviour and effective LfS also pedagogies.

Learning for Sustainability and Attainment – LfS Research Briefings – No.1

Impact of Outdoor Learning on LfS in schools – LfS Research Briefings – No. 2

Impact of Outdoor Learning, attainment and behaviour in schools – LfS Research Briefings – No 3

UN Decade of ESD and beyond in Scotland’s Schools – A retrospective review – LfS Research Briefings – No.5

Learning helps to raise attainment and:

The links between education for sustainable development and quality education were further supported by an international Study conducted by UNESCO in 2015.

These briefings and reports, together with others, have been brought together here to support dialogue and interventions to raise attainment and improve outcomes for learners aligned to the Scottish Attainment Challenge, pupil equity fund and other priorities in education.

Impact of Outdoor Learning, attainment and behaviour in schools – LfS Research Briefings – No 3

Learning for Sustainability and Attainment – LfS Research Briefings – No.1