The Big Dance Pledge aims to inspire people to dance and to create prominent public performances that reach new audiences and raise the profile of dance in the public consciousness. This case study explains how 2014 guest choreographer Scottish Ballet’s inclusive approach encouraged creative responses from participants for the first time.

On Friday 16 May, more than 67,000 people in 24 countries danced in schools, town squares, sports centres and playgrounds as part of The Big Dance Pledge.

The Pledge aims to inspire new groups to dance, existing groups to try different styles and for everyone to create prominent public performances that reach new audiences and raise the profile of dance in the public consciousness.

Each year, a different company or choreographer is invited to create a dance for the Big Dance Pledge that is shared with participants through online teaching films. In the year Glasgow hosts the Commonwealth Games, it was Scottish Ballet’s turn to create a new piece of choreography. Films were released in January; groups learned the piece, some also created responses to it, and then everyone performed it on 16 May 2014.

This was the fifth Big Dance Pledge and 2014 saw the highest levels of Scottish engagement – in particular more public performance events than ever before. The approach taken by Scottish Ballet was inclusive and allowed participants to respond creatively to the choreography for the first time.

Who were the delivery partners?

How were participants encouraged to develop their creativity? 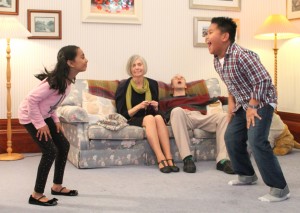 What impact did the Big Dance Pledge have?