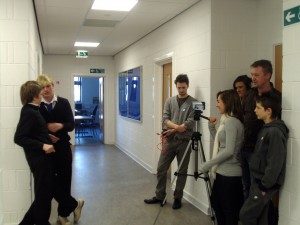 From 2008 – 2010, the Digital Literacy programme in East Dunbartonshire schools enabled the formation of young digital creator clubs in primary schools, secondary schools and the wider community. Pupils, teachers and parents participated in practical digital media training and film making workshops using equipment and specialised training packages, and under the guidance of industry professionals employed through the programme.

The package which included the purchase of specialist equipment was offered at a subsidised rate of £180 per school (actual cost £750), and 24 schools in the authority took up this opportunity.

Through the programme, teachers, parents and arts professionals became the bearers of an inter-disciplinary approach to learning and skills development, using media technology combined with creative practices. The out of school workshops were designed in a way that enabled teachers could transfer the skills into the school and curriculum time. The project design also facilitated a process whereby parents and young people could learn together at home exchanging skills and knowledge.

Schools and the wider community were offered a platform to showcase their skills in the form of the Children and Young Person’s Film Festival. This took place in 2009 and 2010 with 50 film submissions from groups and individuals. The Film festival also provided an opportunity to recognise and celebrate young people’s achievements in creativity. 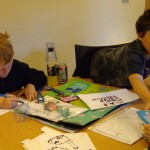 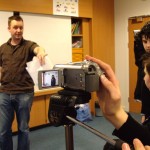 This was a new incentive for East Dunbartonshire and the purpose was to look at raising attainment and recognising achievement through moving image education.

The project aimed to establish the use of Moving Image in Education throughout East Dunbartonshire Council. This would increase participation in the arts, which in turn could impact on the broader curriculum.

Throughout different levels within the Curriculum for Excellence, young people had the opportunity to plan, participate and present their creativity in the expressive arts.

As a result of this initiative: