All GSBB rehearsals are cancelled for the moment.

The City Halls concerts have been cancelled.

We are starting our weekly rehearsal schedule on Thursday 3rd October 2019.

The Glasgow Schools’ Big Band will play the customary short set at this years concerts on Monday 17th and Tuesday 18th of December 2018.

Tickets for Christmas concerts are on sale from Monday 19th November..

Tickets are been priced at £10

Two songs are featured in the media page.

Amina Akhmedova has designed the all new logos you see on each page.

Many thanks to Amina for using her time and considerable artistic talents to create these great logos.

The band were delighted to welcome the marvellous Alan Benzie Trio into our rehearsal space in the City Halls in January of 2018.

The experience was inspiring and tremendous fun, so much so, that their “Little Mysteries” gig in February at Websters Theatre Glasgow became a band outing.

We look forward to other opportunities in the future….

GSBB will be performing a set at the City Halls on Tuesday 27th March as part of the traditional Spring Concert.

Our set will feature a band first! – a great arrangement by one of own band members.

The Glasgow Schools Big Band played on the iconic Kelvingrove Bandstand as part of the 2017 Mayday celebrations. 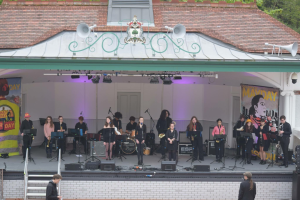 Time to pick up you tickets for the Glasgow City Halls on Tuesday 21st March…. 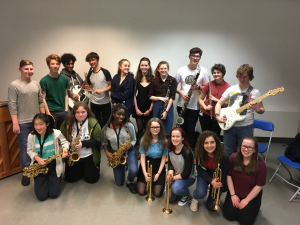 A short set at the City Halls Concerts thrilled an enthusiastic crowd over the two concerts on the 12th and 13th of December 2016.

Tickets go on sale on Monday 14th November and can be purchased from the Box Office in City Halls or by phoning the ticket line on 0141 353 8000.

When purchasing tickets please ensure you ask for tickets for the Glasgow Schools’ Christmas Concerts.

A reminder that our regular rehearsal on Thursday will not take place on the 22nd of September due to the long weekend.

See you all on Thursday 29th September

The Glasgow Schools Big Band had a busy weekend performing an hour long set in The Glasgow Royal Concert Hall on Saturday, and a set in The Old Fruitmarket on Sunday. 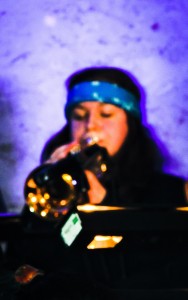 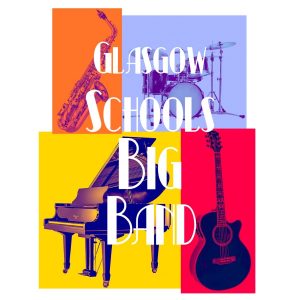