Many thanks to staff and pupils who represented our school in their local parishes as part of Catholic Education week. Pupils provided the music as well as being involved in celebrating the mass by reading,   Although this week was celebrated already in February, this second week signifies when Catholic Education week will now take place. Furthermore, it brings to an end the celebrations of the centenary of the 1918 Education Act.  This Act saw Catholic schools transfer from Diocesan control to State governance. 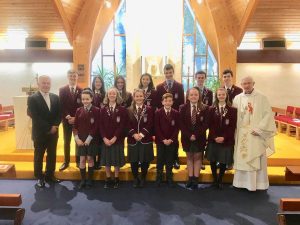 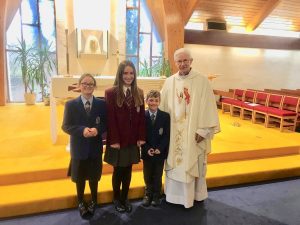 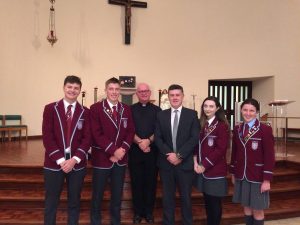 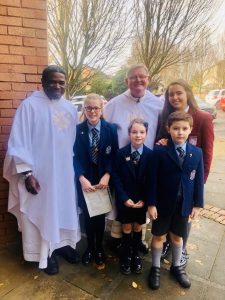 Attending Holy Name where Arianna Fraioli and family as well as the Sutherland Family from Our Lady of the Missions.