Many thanks to all pupils, parents and staff who attended the Inaugural Mass on Thursday 29 August.

This was an extremely special occasion as we begin this academic year.

Many thanks to Father Stephen who was the main celebrant and thanks to Monsignor Monaghan and Father Eoin who supported him.

Well done to the pupils who were involved in the music, readings and alter serving.

The Mass can be viewed again here:

The Faith and Learning Audit ties together the outstanding work that the school undertakes to strengthen the relationship pupils, parents and members of staff with God.

We do this with excellent support from Father Stephen, Father Eoin and Monsignor Monaghan and various other individuals and groups. 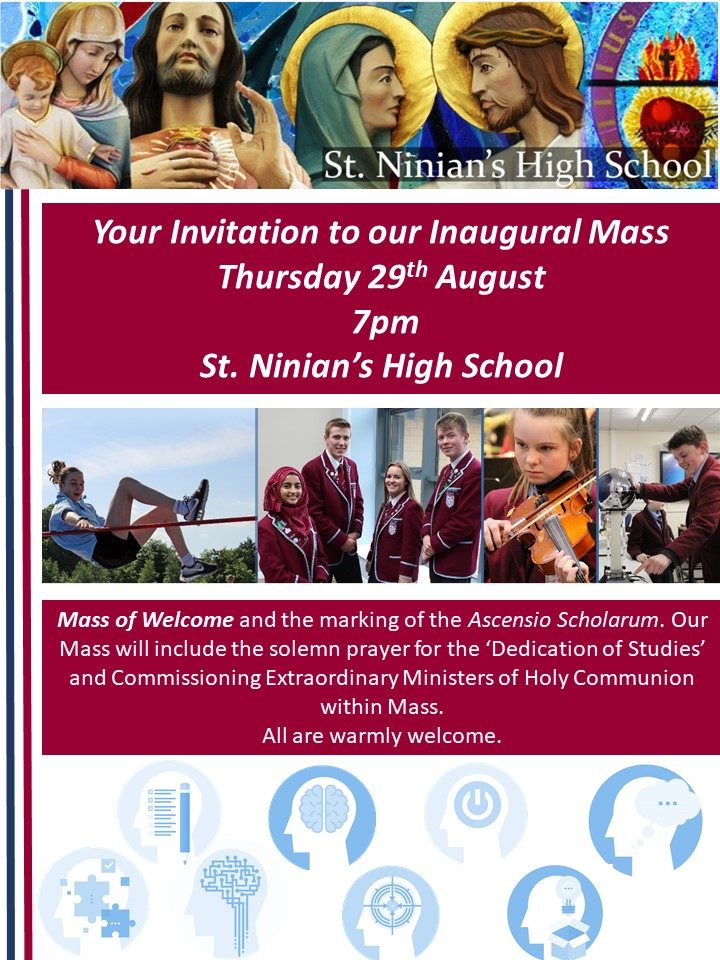