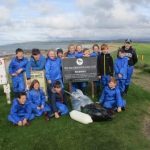 On a blustery day in the middle of September, Primary 4 – 7 from Drumlemble Primary School headed down to Machrihanish beach, accompanied by Andrea McShannon from the GRAB trust, for a beach clean as part of the Beaches and Marine Litter project.

The children felt they should be doing something to help their community and thought it was important to look after the many beautiful local beaches.   The children spent an hour enthusiastically collecting litter with gloves and litter pickers, managing to collect 3 large bags.    The children were surprised at the amount of litter on the beach and aim to dispose of their own waste carefully so it doesn’t end up as litter on a beach in the future and thus helping protect the local wildlife. 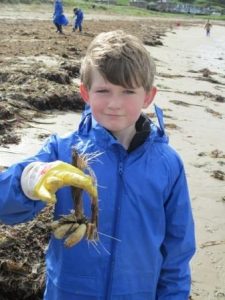 After the beach clean the children had to complete a tricky and detailed Marine Litter Survey for the Marine Conservation Societies Great British Beach Clean. Their data will go towards a national published document on the state of British beaches 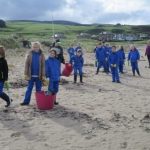 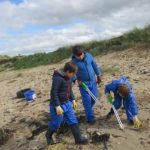 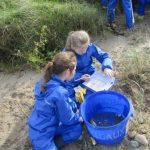 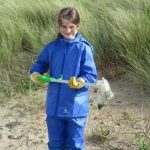