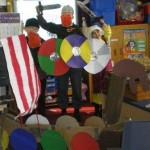 Pupils in Skipness have been learning about the Vikings.  They have researched where Vikings came from and places in Britain that they raided.  They made a Viking longboat and a model of a Viking longhouse.   They created Viking helmets, swords and shields and had Viking costumes made for them.   During a trip to Kilmartin Museum they wrote in runes on clay tablets.   They also went to Vikingar and were in a Viking longhouse and the hall of the Gods.  The children created postcards as Vikings away from home raiding and wrote imaginative Viking stories.  They put together a presentation about the Vikings for the community in Skipness.  Everybody had an enjoyable afternoon! 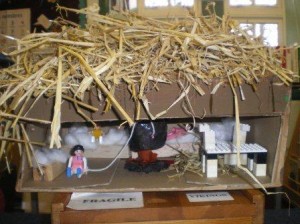 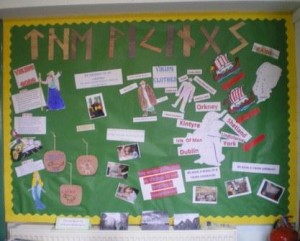