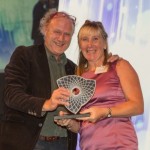 St. Mun’s Primary School were awarded the prestigious Rolls-Royce Science Prize Eden Award, at the 10 year Anniversary Award Ceremony, held on 10th November at London’s Science Museum. The Rolls-Royce Science Prize is an annual awards programme that helps teachers implement science teaching ideas in their schools and colleges. The Prize recognises and rewards excellence in Science teaching across the full spectrum of teaching, from special education needs to high ability pupils. It also promotes innovative and sustainable strategies for teaching science which addresses a specific need in the schools or colleges and at the same time contributes to teachers’ continuing professional development.

The Eden award is presented by Sir Tim Smit, chief executive and co-founder of the Eden Project, to the team that best represents its values of effectively promoting education for sustainability.  St. Mun’s won the award with their interdisciplinary topic entitled ‘If You Go Down In The Woods Today’. Jodie Blincow, Primary 7 teacher led the school community to promote creative science across the school providing opportunities for pupils to be active, independent and responsible for their own learning.

The topic saw learning take place through child led investigations, where pupils were encouraged to develop a curiosity and understanding of the environment and their place in the living, material and physical world. Among the wide variety of projects including, lifecycles, The Great Plant Hunters, Rainforests and endangered species, to name but a few, pupils led an investigation into the effect the introduction of ‘foreign’ trees and plants has on the indigenous insect population of Scotland.

As pupils developed their skills of scientific enquiry and investigation through the use of practical techniques which aided their field work, such as tree shaking, sampling techniques and using identification keys, as well as using digital microscopy technology and video recording equipment, they were enthused to further investigate factors affecting plant growth and develop their understanding of the positive and negative impact the human population can have on the environment.

Pupils worked alongside staff at Dounans Centre, Aberfoyle, The Forestry Commission at Glenbranter and Kilmun Arboretum and parents, to gain a greater understanding of the natural life surrounding them, through a cross curricular approach with the emphasis on science and outdoor learning. As well as leading pupils to better appreciate the beauty in nature within their everyday environments, the topic led pupils to explore the importance of biodiversity and sustainability and instil in them an interest in lifelong learning and international conservation. 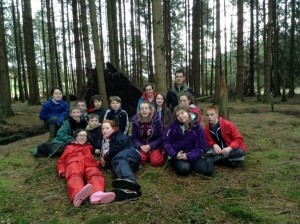 Distinguished guests including Sir Richard Nobel of Bloodhound SCC and Sir Tim Smit of the Eden Project and Lost Gardens of Heligan were interested to discuss the topic with Jodie, Lorraine Fisher (Head Teacher) and Alison Currie (Head of the Area Network Support Team based at Dunoon Grammar School) who represented the team at the ceremony.

Sir Tim Smit congratulated the team on their foresight and presented Jodie with the Eden Award Trophy, which is modelled on the spectacular Fibonacci patterns on the roof of the project’s Core building. The prize also includes £5000 which will go towards science teaching and learning at St. Mun’s. Jodie Blincow was given further recognition by the Primary Science Teaching Trust who have commended her work and presented her with a Science Teaching Award.