Robert from Into Film came to do a workshop. We talked about Zoom ups and the 4 different types of zoom ups. We did actions of what the zoom ups is. We had to clap when it zooms up. We also guessed a film that was playing in Audio. It was a mini film animation called Sausage. We had to guess what was going on in that scene. Then we watched that scene and after that we wrote a review. They were what you liked about it, didn’t like about it, What you could have done to make it better. 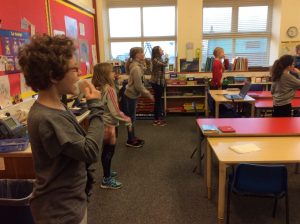 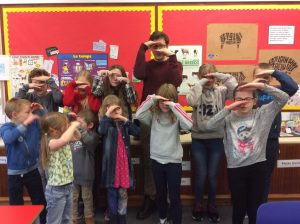 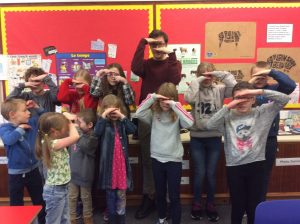