On 22/9/17 we went on a school trip to the Marts in Lerwick, It was a lamb sale so they only sold lambs. The reason why we went to the marts was because we are doing a project called food for thought and we thought it would be a good idea to go there on a school trip. When we arrived at the marts we went straight into the place where they were selling the lambs so that we could get a seat. We all had share a sheet which showed us what lambs were coming in and who their owners where. It was meant to start at 10 but it only started at half 10. It started of with the sheep coming into the ring through one gate and there was a man called Morgan chasing the sheep so that the bidders could see them from different angles, at the same time the auctioneer was trying to sell the sheep and you couldn’t really keep track of what he was saying because he was saying it so fast, When the sheep had been sold then the auctioneer banged a stick onto a piece of wood so that everyone knew that the sheep were sold, Then the sheep were chased out of another gate ready to go to their new home. 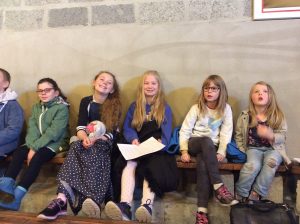 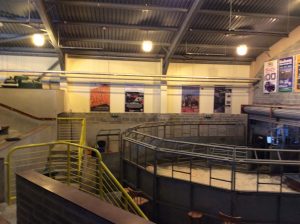