On Wednesday morning we did a video conference for the Digital Schools Presentation. David Jones from West Dunbarton organised the meeting for us and Fetlar with google hangouts. Elizabeth Morris from Education Scotland was presenting the Award Certificates to 22 schools. When she arrived she said hello to us via the webcam. There was Steven Grier from Microsoft Scotland, David Hogg from HP, Ann Marie Whelan from HP Ireland, Shirley-Anne Somerville, the Scottish Minister.

David Hogg, Elizabeth Morris and Steven Grier with our Award. 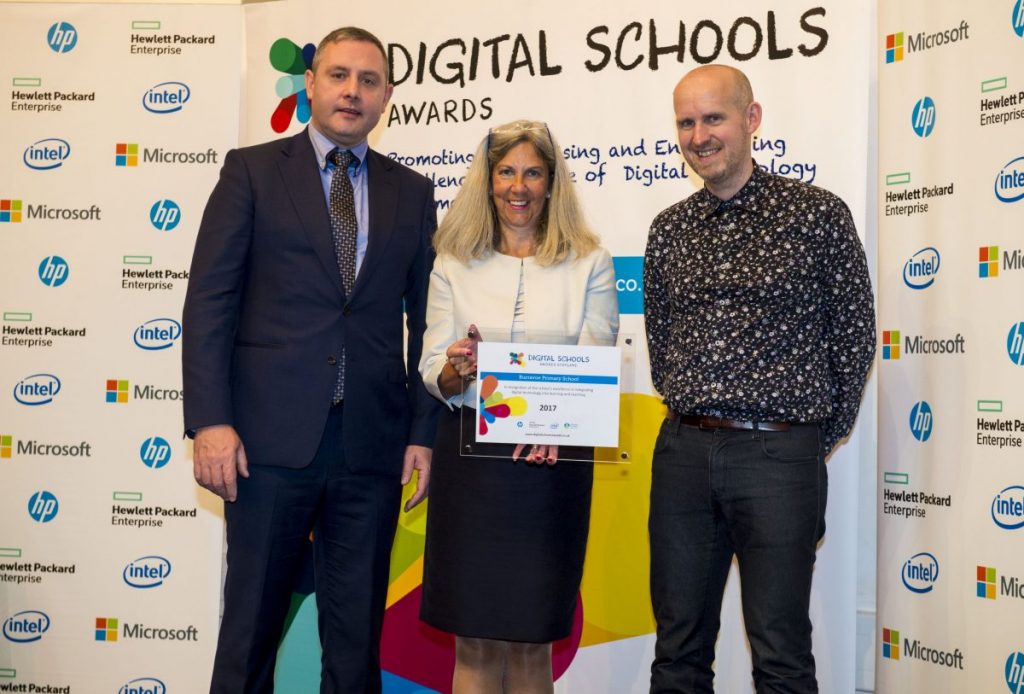 This is a group photo of all the schools with their awards. We are on the laptop screen. 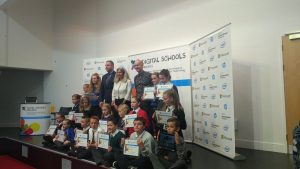 There was a film crew there. There was a photographer. This is a video that was made at the presentation. They launched  the Digital Schools Awards for secondary schools.