At school on the 11th of September at about 11:00 we did a thing called ‘meet the author’ this time it was Jon Klassen. I like his style of books. My favourite book is This Is Not My Hat it’s about a fish who stole a hat from a big fish and he will probably get away with it. Jon Klassen  seems to like hats. He wrote another book called I Want My Hat Back. It’s about a bear who has lost his hat he asks a few animals and the last one had his hat. 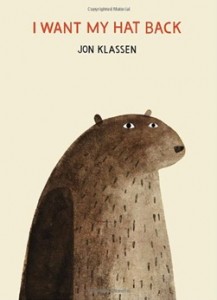