In science we learnt about the health and safety of candles, first we had to get these small boxes that where wooden and then we had to fill them with one layer of sand so if the tea light  fell over the sand would put the fire out instantly but that didn’t happen anyway which was good.Then we got extra  long matches then we had to strike them away for us so our clothes do catch fire so we got our match and struck it along the side of the match box which was on the rough  side and we had to do it quick  or it wouldn’t strike and then we held the flaming match near the wick and then the wick started to catch fire we left it for a couple of minutes and watched  . Then we   blew out the flame on the match and then we stuck it in the sand which cooled it down  then we gently took the match out of the sand and to check witch was no longer  flaming we just felt the tip of the match and it cold and then we put it in the bin because if it was warm we co couldn’t put it in the bin 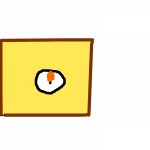