We all made posters to show achievement; so to do that we had to think about what is our biggest achievement. The first thing I thought of was fiddle. We made posters of what we chose. Charlotte chose art, Melissa chose cycling, Leah chose computers, Kerry chose knitting, Honor chose scratch, Phoebe chose trampolining, Bradley chose pool, Abby chose ball skills, Neil chose school, Sonia chose reading and Rosie chose bells. We had 4 days to finish then and take a photo of the posters. The day before it happened we had to do loads of preparation. We needed to get masking tape on the floor and tables to make sure the measuring is correct. We had to get the camera in the right place, we needed to move chairs and tables and we needed to borrow a better camera from Shetland College.

We did the glow meet with the M.S.P called Aileen Campbell who is the minister for children and young people. They did the glow meet because they were launching the new Children’s Bill. There was 8 schools including us doing the glow meet. Every school did a poster based on SHANARRI. This is a link of what SHANARRI means. http://www.scotland.gov.uk/Topics/People/Young-People/gettingitright/well-being 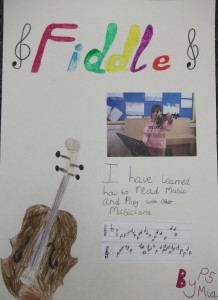 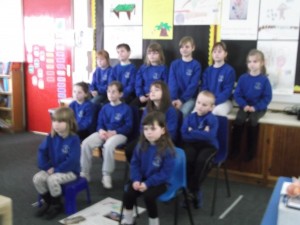 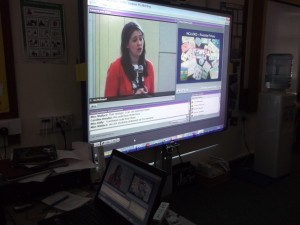