As part of our Micro Tyco project Burravoe Primary School had a sale on Friday 16th of November. Micro Tyco is organized by a charity called Wild Hearts. There are Micro Tyco teams all over Britain; they are in 2 groups: schools and businesses and are in competition with each other to see which team can raise the most money. We are the only teams in Shetland! At the sale Team Super Sellers raised £76.75 by baking cakes, Team Space Mountain raised £127.50 by selling Christmas cards and raffle tickets. Team Super Sellers had loads of baking donations from parents, teachers and friends. Both of the teams thank everyone for coming along and for their donations.

The fundraising competition lasted until the end of November. We had a Christmas Sale in the school on Friday 23rd November. There were Christmas cards, Christmas tags, Christmas tree decorations, lip balms, candles and bath things. We sold out of Christmas cards quite fast! All money that was  raised went to Wild Hearts. Micro Tyco was such a successes that they are doing it again this February. 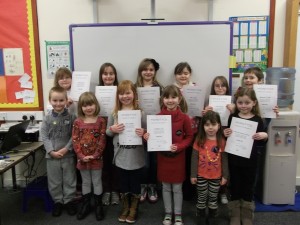 This is a picture of us with our certificates.