Micro-Tyco taught me that think about your team not just you or your family. You should let everybody share their ideas. You can’t just be quiet because you might have a good idea and you’re scared someone might say it’s stupid. It   might be a good idea and people might like it. Micro-Tyco also taught me to never give up and give everybody a say in things and write down everybody’s ideas, not just ones that you think is best because you never know their idea might raise loads of money.

You have to remember to never give up and if at first you don’t succeed try again, try again, try again. Don’t worry if you lose its not wining that counts its taking part and having fun.  If we don’t win I don’t care because I had lots of fun and that is what really matters.  I would love to do Micro-Tyco again. I think it was really hard  to just start with one pound but it  got easier when we got more and more  money. I hope that we have raised loads of money, £250 or more. I learned that when being a team leader  its not just about bossing people around its helping them and giving  your team some respect. I also learned about talking to people not just your team but your customers too. I learned that   when you are making a rota for your team don’t just put friends  put someone who is confident with money and change and someone who isn’t so sure put don’t just say it’s too hard and give up try it and you  might learn how and who knows  you might be good  at it .I have learned  that you  have to plan forward and get the word out and remember to put out your advertisement on time or then no one will come to your event. I learned that sometimes you have to send out letters to people or ask them to do stuff for you. It depends on what you what them to do because sometimes you need them to donate things. Always be prepared for anything because you don’t know what’s going to happen so always have another plan in case your first plan backfires. I learned about global citizenship. It’s good to support people around the world. Instead of giving someone £100 to buy stuff for them and their family it is better to give that £100 for them to start their own business and earn the money themselves. The money that Super Sellers have raised at the moment is £197.97 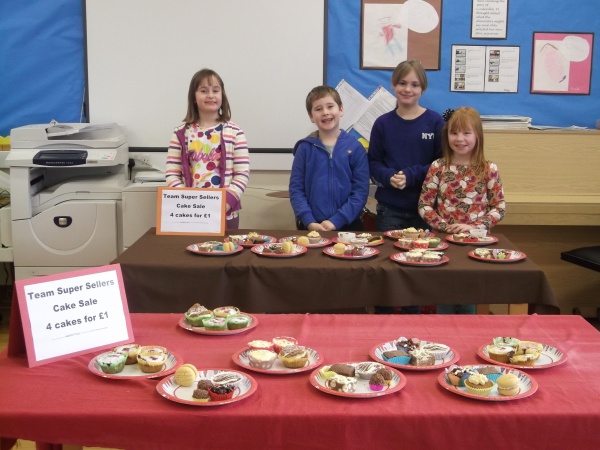