In March the Pickaquoy centre held a mass vaccination clinic for 42–64-year-olds over the course of a week. The clinic was in the arena hall. It is believed that this is the largest mass vaccination, run by the NHS, to ever happen in Orkney.

I spoke to my mum and dad, who have both had their vaccine. They both told me they thought the clinic was “well organised and efficient.” My mum went on to say “I was met by marshals in the car park, instructions were clear on where to go in and where to sit down, however I felt that remaining in the same seat in the waiting area would have made more sense and reduce the amount of cleaning needed.” She then went on to say that “in the booth the NHS staff were clear and precise with the questions that were asked and made me feel relaxed while receiving my injection.” My dad thought the same and also “there was ample parking, plenty of room in the arena and there was a one-way system in place.”

After some speculation about supply issues all over the national news they both did get their first dose of the vaccine. Mum said “I wasn’t worried about not getting the vaccine because as a small island I believe I would not have been offered it, had there been any possible shortages at that time.”

My Dad told me some of the symptoms he experienced, “I had a slightly sore arm, a slight headache, sore legs, a slight fever and fatigue.” Although my Mum had fewer symptoms they were just as unpleasant. She told me she had “quite a sore arm and a really sore head.”

The NHS website says: “Most side effects of the COVIV-19 vaccine are mild and should not last longer than a week.”

The total number vaccinated at the mass clinic was 3992, which brings Orkney to an approximate total of 13,800 first doses. A few days after this age group were done, age 34–41-year-olds were welcomed to the clinic as well.

This means that over half of the adults in Orkney have been vaccinated. This contributes to Scotland’s total number of 2.4 million first dose vaccinations against COVID-19. 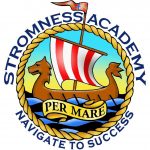