There’s no denying zeros existence within our number system. 0 represents nothing, e.g. there’s zero (0) of something. But this representation leads me to question whether 0 is really necessary at all! How important is it to teach children about 0? Do we even need to? 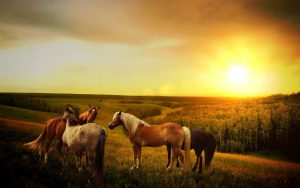 Its pretty well known that zero is far from an intuitive concept. Throughout history mathematical problems started as ‘real’ problems rather than abstract problems and so numbers in early historical times were thought of much more concretely than the abstract concepts which are our numbers today (O’Connor and Robertson, 2000). There are huge mental leaps from counting 5 horses to 5 abstract ‘things’ and then to the cardinal idea of ‘five’. If ancient history solved a problem about how many horses a farmer needed then the problem was not going to have 0 as an answer. This seems to suggest that zero is not needed within our mathematical language, if we are making maths relatable and making connections to real life situations, there seems to be no need for a zero – you’d just have nothing left.

However, Babylonians also had a place value number system without this feature for over 1000 years and there is absolutely no evidence that they felt that there was any problem with the ambiguity that existed. The Babylonians wrote on tablets of unbaked clay, using cuneiform writing. The symbols were pressed into soft clay tablets with the slanted edge of a stylus and so had a wedge shaped appearance. It was not until around 400 BC that the Babylonians put two wedge symbols into the place where we would put zero to indicate 216 or 21 ” 6 (Lamb, 2014). We can see from this that the early use of zero was to show an empty place and did not really use zero as a number at all! Instead, it was more like a type of punctuation so that the numbers were interpreted correctly. Again, this seems to question the need for zero as an actual number – why not swap it for any other shape or symbol?

Now I’m sure most people are aware of the great Fibonacci (especially if the history of maths interests you as much as me!). And it was in fact Fibonacci who was one of the main pioneers to bring new ideas about the number system to Europe. Even he however was not bold enough to treat 0 in the same way as other numbers and he spoke of zero as a ‘sign’ while the other symbols he spoke of as numbers. (Poliani, Randic and Trinajstic, 2001). Furthermore, counting from zero is actually not a very natural thing to do! It takes a certain amount of sophistication to realise that you can have a set of numbers containing zero elements, or that you need a number to describe such a set in the first place. As a result, most number systems from history (e.g. Roman numerals) don’t contain a symbol for zero, or any way to represent the concept (Mulwitz, 2012). The most ‘natural’ way to count is by making a mark for every item counted. If you have seven sheep, you write ||||||| If you have no sheep at all, what do you write? Nothing at all! If there were nothing to keep track of, why would you need a number to keep track of it? In our modern day schools, children are not taught to count with zero. Instead, they start with 1. This is because it would be confusing to use a zero as it stands for nothing and has no numerical weight (Mulwitz, 2012). Think about it – count aloud right now. Did you count 0,1,2,3 or 1,2,3? 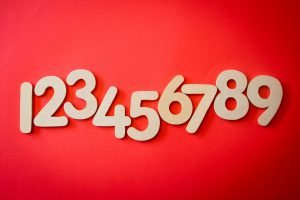 I guess you could say that things aren’t looking good for zero. But fear not! Its place within our number system is actually more valued than is realised (realised by me, mainly).

According to Bellos (2010) India was the perfect setting for the creation of the 0 as a number in its own right: “The idea of nothing being something was already deep in their culture. If you think about ‘nirvana’ it’s the state of nothingness – all your worries and desires go. So why not have a symbol for nothing?” The symbol was called ‘shunya’, a word still used to mean both nothing as a concept, and zero as a number. According to research into Indian mysticism, zero is round as it signifies the circle of life! (Fry. 2016). Seems pretty important now doesn’t it!

Zero is an important aspect of our number system for many reasons; one being that it is the gateway between positive and negative numbers. From this use, it is essential, for example, in a thermometer and therefore measuring the temperature of the human body. On it’s left side – negative numbers and on it’s right – positive. This helps the evaluation process of extremely low temperatures (Weiss, 2017). Zero is also important in rounding off numbers. If the digits beyond the decimal are greater or equal to 5, zero replaces it. Without a 0, this concept would not be achievable, a concept which has real world consequences for approximations of big numbers. There are also areas of importance that I haven’t delved into such as algebra and calculus. While crucial in the use of 0, the maths is too complicated to go into in too much detail and I won’t make you sit and read the nitty gritty elements of each. But I promise, 0 is important! A fundamental element to each of these mathematic equations.

So, what is my conclusion? Well, it seems that zero is pretty relevant to say the least. One symbol that signifies literally nothing actually signifies a lot within maths. Whilst it is still unwise to teach primary three pupils algebra, it is still important to teach them the importance of 0 and not dismiss it as nothing (even though, technically, it is).

3 thoughts on “Nothing Matters!”