The 2014 Games provide a unique opportunity for children in various Commonwealth countries to learn about themselves, each other and the countries which will be competing in the event.

Vision Africa works with disadvantaged children and young people in Kenya. Through Commonwealth Connections, the charity aim to give children a forum to find out the similarities as well as the differences between children in Kenya and the UK. 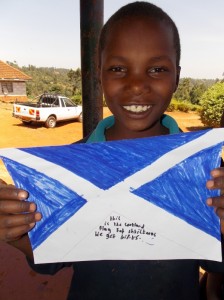 One of the aims of the project is to teach children that despite living in different economic circumstances, their fellow children often share the same dreams, enjoy the same activities and even eat some of the same foods.

As well as celebrating diversity, we hope that engaging in Commonwealth Connections will help young people realise they have a lot in common too.

Vision Africa have pulled together a range of resources including videos, photographs, activity sheets and information which are free to download.