We are delighted to announce that Stòrlann Nàiseanta na Gàidhlig, with support from Education Scotland, are distributing a colourful Gaelic resource pack on the Commonwealth Games.

The pack includes a poster with the Commonwealth flags; a poster showing the 17 sports which will be at the Glasgow Games; stickers suitable for sport, such as A’ Chiad Àite, Tha mise math ann an sgioba, Bhuannaich sinne! (First Place; I’m a good team player; We won!) and two sets of cards about the sports at the Games and about the Commonwealth countries.

The cards convey information in a way which will encourage the Gaelic reading, comprehension and speaking of the pupils, and there are assignments for them to do too. There are questions on lifeskills maths, and plenty opportunities for research. The findings can be presented in a variety of ways such as reports, web pages and podcasts.

There is differentiation in the maths work, and it is expected that pupils will work to their own level in the other activities. There will be something for everyone, whether working on their own or in a group, and with the help of the cards, pupils will be able to speak in some depth about the sports and about the countries which are part of the Commonwealth.

Teacher’s Notes with suggestions for using the resources, sample questions, country data, and links which will help with the research, are available on the Stòrlann website. We are also organising a competition with cool prizes in conjunction with Bòrd na Gàidhlig, and interactive on-line games.

We hope there will be plenty winners with this Commonwealth Games pack! 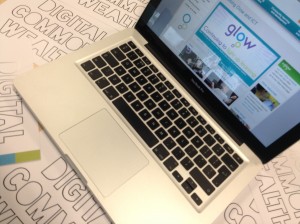 –   Then why not take part in the Digital Common Wealth Glow Meet on Tuesday 26th November at 1pm.

This will be an opportunity for those of you who want to participate in the schools’ programme to hear from the Digital Common Wealth team and some of the potential participants about ways to join in, and ask questions about the project.  The deadline for submitting an indication of interest form is 29th November, therefore we hope to answer any last minute queries which you have as well.  If you have already submitted an indication of interest form, it is a chance to meet other participants from across Scotland and join in the project discussions.  You can respond to the conversations and post comments and questions in the chat box which appears during the Glow Meet. 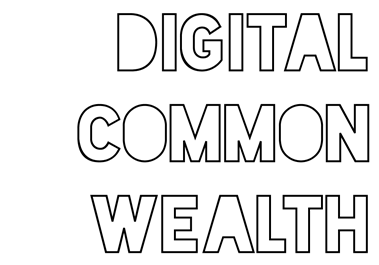 Learners from 32 school clusters from targeted areas of most socio-economic need across Scotland will be given the chance to participate in the Digital Common Wealth schools programme, funded by the Big Lottery Fund, the University of the West of Scotland and the MediaTrust and launched formally on Friday 25th October 2013, with a great deal of interest shown from the education and cultural sectors and over fifty attendees.  The project aim is to involve every Local Authority in Scotland in the digital reporting of the Commonwealth themes in the run up to the Queen’s Baton Relay in June 2014, promoting digital media literacy skills through a series of specialist workshops (with associated learning materials mapped to Curriculum for Excellence requirements) focusing on audio, video, blogging and social media storytelling techniques, for up to 20 pupils (at P6 – S2 level) per cluster.  These will use readily available technology to help learners use their imagination and knowledge to produce creative, appropriate and engaging content based around four broad Commonwealth themes of People, Place, Culture and Exchange.  Participating schools will see their work showcased on a project website which will be archived as a record for future generations and there will be opportunities for working on a collaborative and cross curricular basis. 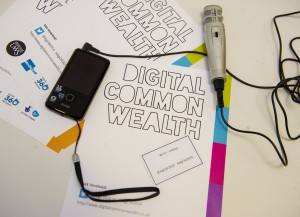 detailing how the proposed school cluster meets the project eligibility criteria and why they would like to take part, as well as details of how the project would be embedded in the curriculum.  Indications of interest should be submitted to the Digital Common Wealth Educational Coordinator, Alison McCandlish by email (alison@digitalcommonwealth.co.uk ) by 5pm on Friday 29th November 2013.

For more information on the project, together with detailed eligibility criteria you may wish to visit the Digital Common Wealth website www.digitalcommonwealth.co.uk , and the links below: 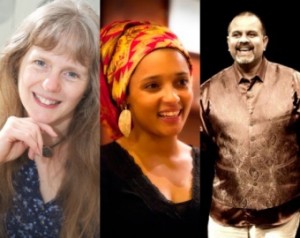 To celebrate the Queen’s Baton Relay setting off on its journey around the Commonwealth, Authors Live has brought together storytellers, Peter Chand, Lari Don and Mara Menzies (India, Scotland & Kenya) to share traditional tales from their homeland in this storytelling relay.

You can apply to be part of the audience, use the learning resources and even win prizes in a special draw. To find out more about the event, and to register, visit http://www.scottishbooktrust.com/node/111293. 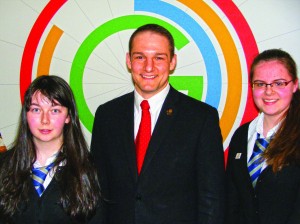 Glasgow 2014 Chief Executive David Grevemberg was recently interviewed by Lourdes Secondary pupils Sophie Reilly and Ruth Neilson. Both girls are 5th year pupils at the school and are involved in the Determined to Report journalism programme run by Glasgow City Council. Their report of the interview has now appeared in Glasgow City Council’s “Shoutit!” newspaper, produced by pupils and distributed throughout the city. You can read the full interview below…

I grew up in inner city New Orleans. My mother was a social worker and worked with churches and gangs to bring people together. New Orleans is a fairly diverse community and I was the only white kid for blocks which taught me a lot about appreciating diversity and trying to understand. Sport was around me from day one at the playground I used to play at. I was given the chance to go out of the city centre into the suburbs to a private school which was also a big transition for me. I really started my wrestling career here and was successful; I wrestled a bit nationally and internationally through school and college. When I was about 18 I went 1500 miles to complete my undergraduate degree in Sports Management. Wrestling was something that came with me and it carried me all the way through college. Unfortunately I had an injury that stopped me from doing it. I had to move on and do other things which is when I started doing Sports Management.

I did some work with the USA Olympic Committee in the grants and planning division which is very similar to Sport Scotland where you got to see all the different national governing bodies all the different sports how they are run. I was put in charge of putting together the high performance plan for the US Paralympics Team going to Atlanta. This was an amazing experience because the way I looked at it these are athletes with different eligibility requirements they are not disabled athletes they are just athletes. I’m an athlete, you’re an athlete, let’s make sure you are treated like an athlete and we really pushed that forward.

My main role as CEO of the Commonwealth Games is to make sure that our vision and our mission is protected. Our vision is really in three parts, always keeping the organisation and athletes in the sports the focus; to create a celebration that is celebrated not only throughout Glasgow and Scotland but throughout the Commonwealth and thirdly to make sure that everything we do leaves a lasting legacy for Glasgow and for Scotland.

One of my proudest achievements I have to say is the response that we’ve had from the people getting involved. 50% of the Commonwealth, that’s a billion plus people, are 25 years of age or younger and for us to engage and empower young people as part of this journey is an achievement. Getting young people such as yourselves, not just talking about values but actually taking the time to action those values; that I feel most proud of. Sitting in front of you I’m inspired and just amazed by, I question myself at your age would I be doing this, I just think that is what it’s all about.

I always talk about challenges as opportunities. I think probably, the number one challenge that you’re facing in any multi-sport games it’s just getting people to know what they expect, know where they’re going. Sport in so many ways gives us the opportunity to dare greatly, to showcase our determination to recognise accomplishment. Look at Sir Chris Hoy and his performance during London 2012, it didn’t matter where or who you were in the world, everyone appreciated that performance, and were inspired by his graciousness, humility on the podium and his sense of accomplishment. Those moments bring us all closer together. The more we practise sport the more we can use sport to find ways of pushing ourselves forward in humanity. I wrote a bit of a poem on daring greatly when I left the IPC which outlines how I think sport challenges us to dare greatly and I think Glasgow 2014 is doing just that. It’s daring greatly.

I think Scotland performs so well in a number of sports, in Delhi shooting was by far one of the most successful sports and that will be taking place in Dundee. In swimming you’ve got Michael Jamieson, Hannah Miley and others coming through the ranks. I know Commonwealth Games Scotland is working very hard with sportscotland and the Institute of Sport to prepare the team to be successful in a home team environment and I think that’s something that I look forward to seeing.

The legacy for youngsters of Glasgow is people’s confidence; we do what we say and we say what we do and we can do it; it’s different than anywhere else in the world and we can do it. Don’t be afraid of your ambitions, manage your anxieties and be ambitious and go after your dreams. The more we can get that message out to young people the better all of our futures are I think that’s a real potential here in Glasgow.

I have two messages for Glasgow pupils and their parents and carer; the first is to say thank you to everyone for their support to date. Secondly is that we’ve got almost a year to get ready to welcome the world. Let’s all do what we can to make Glasgow proud and to be a shining example of the city we come from.