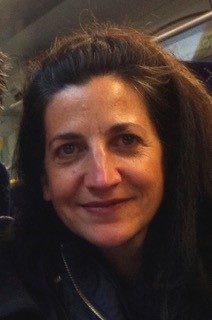 I’ve been living in Glasgow for the past 15 years but I come from Vermont, a beautifully snowy state in New England. I studied painting at art school in Philadelphia and then creative writing at Bennington College in Vermont. I began writing for children when my first son was born, twenty-two years ago and have been ever since. I usually illustrate my own books but I’ve also illustrated other people’s work. I’ve done digital work as well, and have interactive books for under 5’s in the permanent collection at the Kelvingrove Museum. I have also worked with Disney, creating an animated series of interstitials as well as selling them the rights to My Invisible Sister which they made into a television movie. Last year I was the artist-in-residence for a project funded by the Scottish & EU Governments which worked with young people to challenge xenophobia through storytelling and art. I am currently working on a new television show aimed at nursery aged children and I give private art lessons to adults and children alike.