On Friday 27th February Yvonne McBlain was delighted to be invited along to see primary 3 at Bonnybridge PS celebrate their global storyline interdisciplinary learning. With the support of their teacher, Holly Keenan, the pupils had carefully planned how they could share all of the stages of their global storyline with their audience of parents, grandparents, and other guests.

We discovered that they became characters in the farming community of Rocky Road and worked really hard to grow their crop. The community used “boingos” as their money and worked out how much they needed to sell their crop for in order to live a good, healthy life. 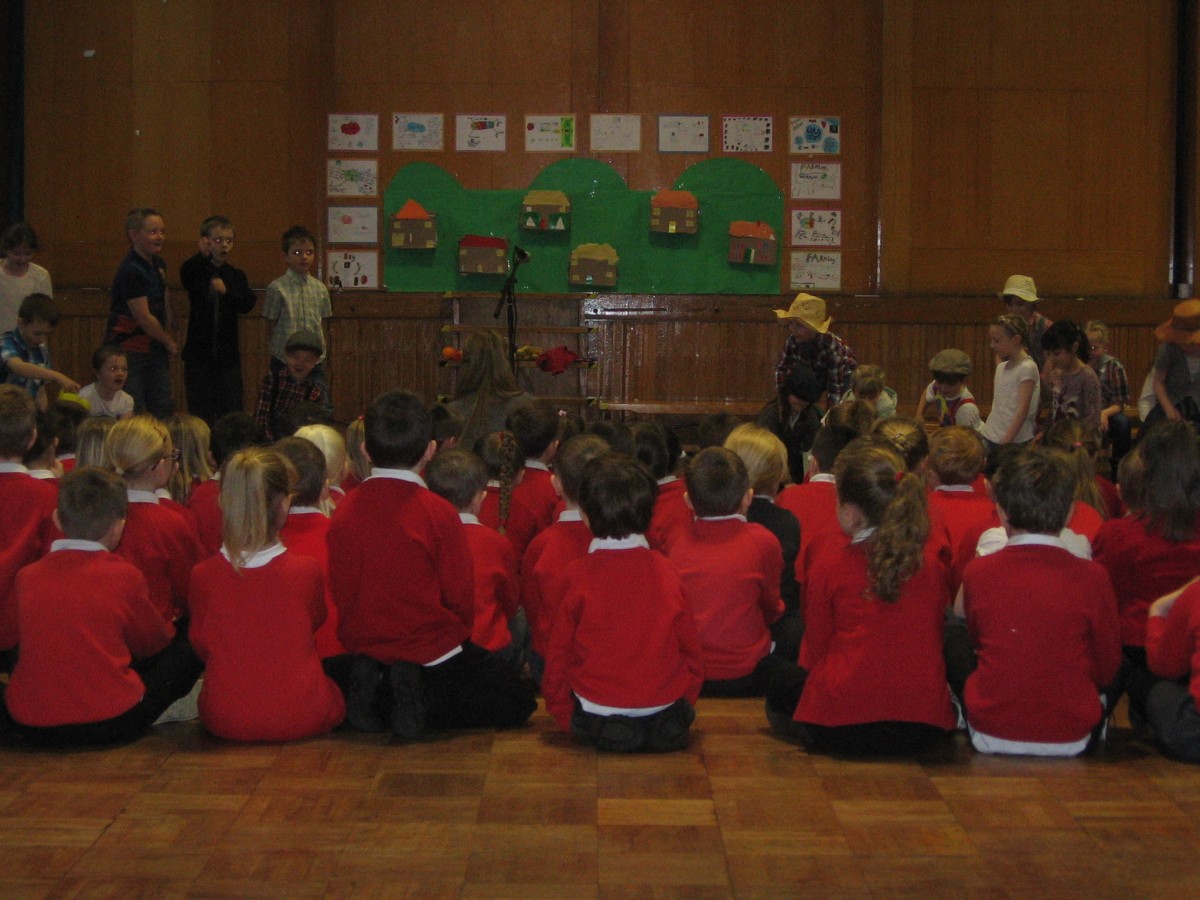 The children performed their raps, jingles and dances to show us how they persuaded the buyers to purchase their crops on market day. It sounded as though they grew a truly wonderful crop which could be made into honey cakes, perfume, medicine and anti-wrinkle cream!

The community was devastated when they received a letter from the buyer offering them a lot less for their crop. They had to make a democratic decision on whether to accept this offer. The audience saw that almost 3/4 of the villagers voted to accept.

After the assembly Yvonne told primary 3 how impressed she was with the way they had organised their assembly. She admired their costumes and the way they managed to tell all of the important facts in an entertaining way for their audience. Yvonne asked primary 3 two important questions, take a look below to see the answers some of the pupils gave:

What is the most important thing that you’ve learned during your storyline?

Rory – That when we buy Fair Trade, people all over the world would get more money

Dylan – Buy Fair Trade because people get more money – sometimes they get hardly any money and they can’t live.

Jessica – about the fruits that are Fair Trade

Ellie – if you choose Fair Trade, more children can get to school (because their families have enough money to pay for school.)

What part of your learning did you enjoy the most? 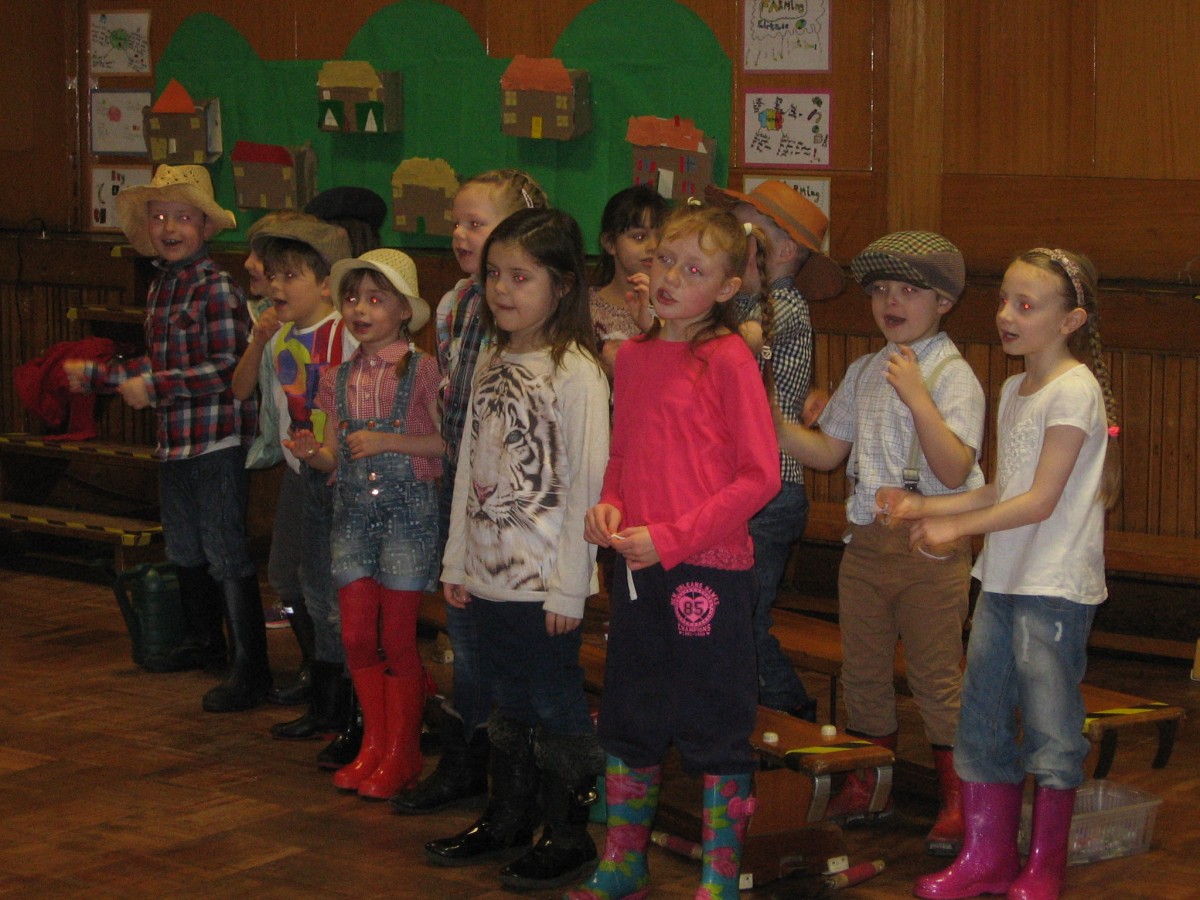 Some of the villagers singing their Fair Trade song at the end of the assembly. P3 were looking forward to the rest of their storyline celebration back in their classroom.