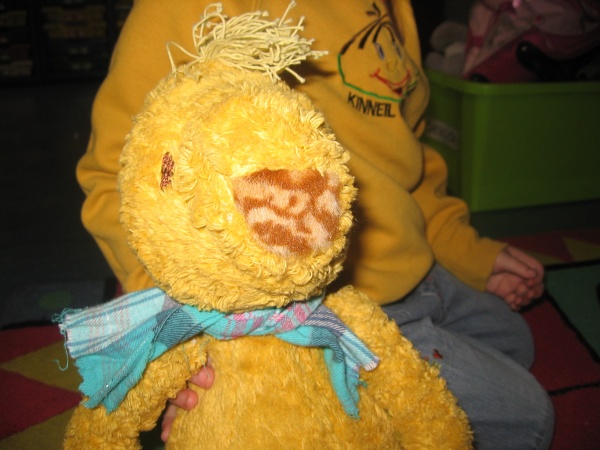 Clare Doherty and the nursery team at Kinneil Primary used the storyline approach during January 2014 to explore aspects of Health and Well-Being, Literacy and Technology. This project began in response to some reading about dinosaurs and their eggs. The children were obviously interested in creatures which came from eggs and the team explored how their storyline might work. Yvonne McBlain provided some advice and a storyline plan based around a dragon’s egg, which Clare and the team adapted for their purposes. The children “discovered” a large egg in the nursery one day – click here to see some of the “egg” research they then did. They couldn’t decide whether their egg needed to be kept warm or cold, so built one nest indoors, and another outdoors just in case. The staff used a series of letters from the “mother” of the egg, to direct the children towards their research and HWB skill and knowledge development. Activities around the nursery were linked to the context throughout and enabled the children to develop small motor skills using a range of materials. When the egg finally hatched, and the children were able to see the creature, they decided he looked like the character from the book they were reading during their Scottish studies. He therefore became Hamish McHaggis and staff were then able to link him effectively to Burns teaching and learning. Clare felt that one of the benefits of the storyline was to make these Hamish books more accessible to the children.

In order to bring the storyline to a satisfactory conclusion for the children, staff delivered a letter from Hamish’s mum explaining that just after Chinese New Year, Hamish had to join her in Hong Kong. Click here to take a look at the children’s mind map of what he would need to pack for the journey. On 31st January, the storyline finished with a celebration where the children waved goodbye to Hamish. 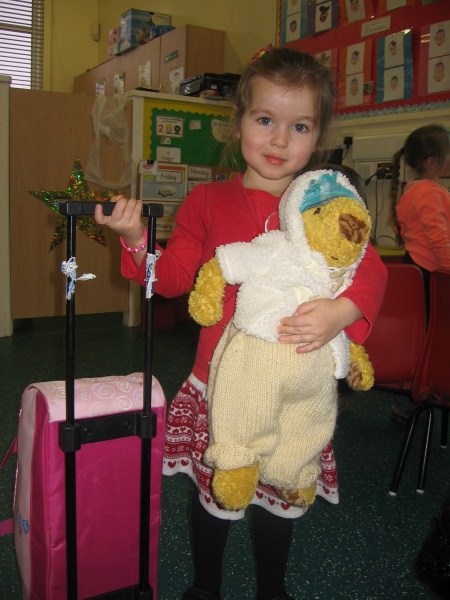 This storyline engaged most pupils by choice and linked very well into literacy week. Click here and here to see writing by some of the afternoon children who were keen to complete their booklets so Hamish could take them with him on his journey. The storyline provided an interdisciplinary learning context which proved to be very responsive to the children’s interests and to the seasonal learning often delivered at this time of year. It also motivated and engaged the children’s interest really well. Click here to see the storyline plan used by the team.