Over recent weeks, we have been taking care of the seedlings in the trays in our garden and watching as they grew. The time finally came to plant the wildflowers out into the Castle Grounds! So we met up with Jack, the Head Gardener from the Stornoway Trust at the steps in front of the Castle where we had stopped for a picnic snack.

Jack took us on a walk along one of the new paths through the trees, we stopped to smell the wild garlic and to feel the leaves from the Great Mullein (“Verbascum thapsus”) plant which were the softest leaves ever to the touch! The children talked about how soft they felt and one child even picked up another leaf that had fallen from a tree and was rubbing it between their fingers, saying ‘look how soft this is’, passing it on for others to touch.

We carried on down the path to a special spot where all our plants were there waiting for us – both the trays taken to the Trust Plant Nursery as well as the ones left with us to take care of ourselves in our garden. 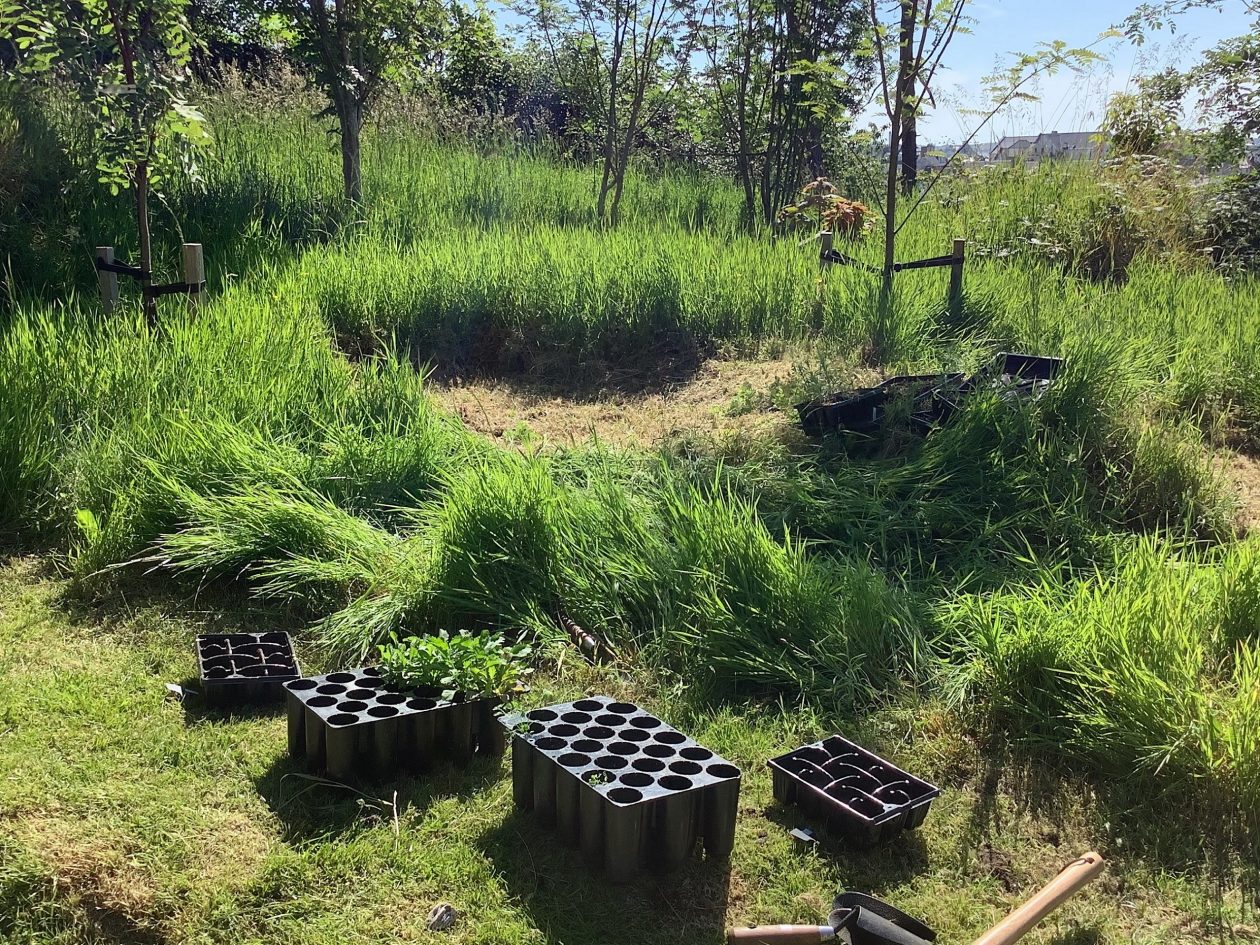 The children were happy to get stuck in with the digging and planting with a bit of adult support. They were keen to help and were so careful with the plants, placing them into the holes dotted around the area and patting them in ever so gently. What a fantastic job they all did!! One child in particular was very excited to be using real gardening tools, making great effort to try and dig to get the final plants in the ground. This little Apprentice was doing so with such enthusiasm that when Jack helped to put the final plants down, the child even said ‘Good job!’ to Jack!

So after that, there was a little treat in store for the children… Jack took us down a secret pathway for a sneak preview of the new Gruffalo trail before it was even open to the public!! We were very lucky to get to be the first to experience this exciting new addition to the Castle Grounds.

The children were so excited to come across the mouse, the owl, the fox, the sssssnake, and best of all the Gruffalo with purple prickles all over his back! The children recognised the Gruffalo, calling him by his name, though a couple children decided instead to call him ‘the crocodile!’. We had a brilliant morning out in the Castle Grounds and would highly recommend a little walk up the secret path to see the Gruffalo… the trail is now open to the public! So take a wander… past cuddy point and up the steep path and you might find your way through the trees to the beginning of the trail that leads you up to the Lady Matheson monument… keep your eyes peeled for the special creatures along the way! 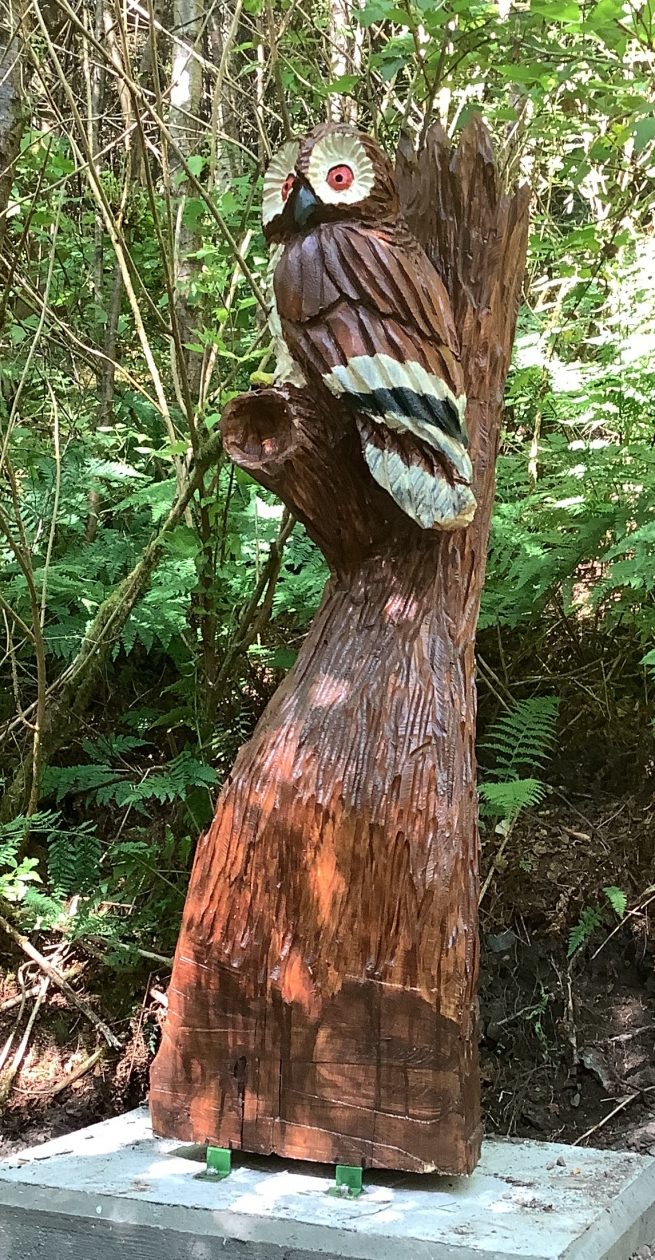 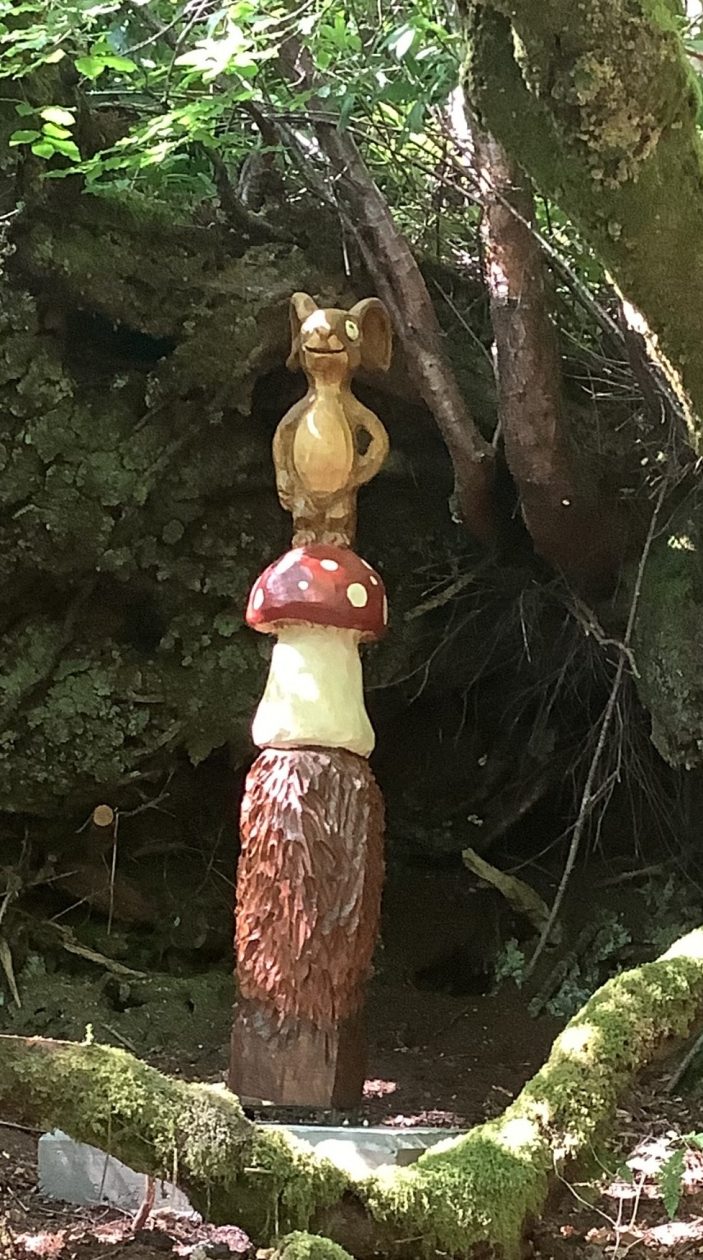