“For this week’s provocations, we started off the week by watching the Virtual Nature School videos to introduce the idea of “Looking In”. There was lots of discussion around bird’s nests as you can see on the mind-mapping diagram.” 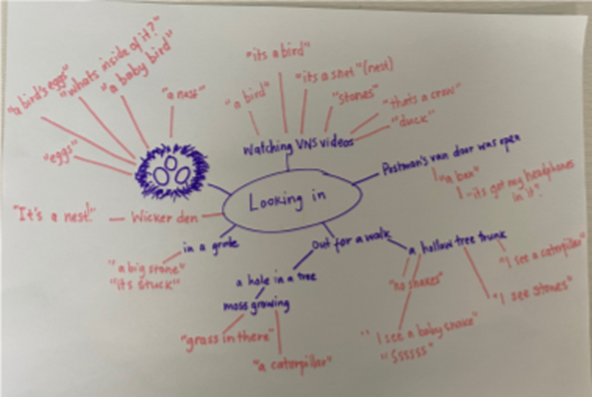 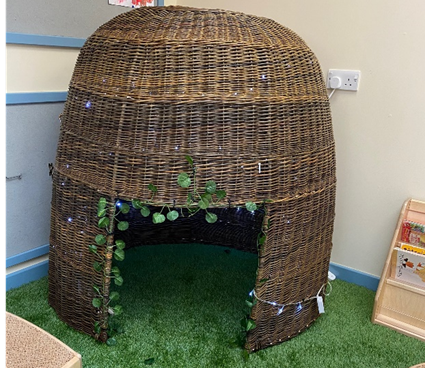 “One child saw this den in the nursery and exclaimed, ‘It’s a nest!’, making the connection between what they could see, to what we had been talking about together previously.”

“The children from the Little Ramblers and Little Adventurers rooms joined together and went for a walk into our local community where the children had plenty of opportunities to “look in”. Once we got to our woodland area, the Castle Grounds, we went to search for natural objects. We found a hole in a tree where there was moss growing inside of it. The children noticed it themselves and said, ‘grass in there’ and ‘a caterpillar’.” 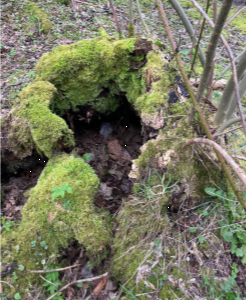 “We continued our search and came across the hollow tree trunk in the picture above. It had leaves, stones and moss inside. The children went over to look in it with encouragement. When looking in, they said, ‘No snakes’, ‘I see a caterpillar’, ‘I see stones’, ‘I see a baby snake’ and one of the children started imitating the noise of a snake whilst playing with a stick. Since the children mentioned caterpillars and snakes to describe the moss, twigs and sticks, we thought it would be an interesting idea to do transient art with natural resources.”

“The children joined together again on a “Daily mile” walk and a visit to the nearby community area, Goathill Garden, in search of natural resources to collect into their backpacks. En route, we found some moss on walls and fences which we collected a little of from here and there. The children gently touched the moss with their fingers. We stopped at a grassy area and went in amongst the trees to collect more. The children went searching and found lots of different sizes, textures and shades of green moss and collected it, along with other natural objects, including pinecones and sticks. One child asked if a stick would fit in the bag, ‘Will it go in there?’. One of the bags was especially full and a child said to one of the adults, ‘There’s sticks and leaves in there. Its heavy. Feel it, Kelly’.

‘I found a stick’, one child exclaimed and on the rest of our walk, the child tapped it along the wall, saying ‘I’m boffing the wall with my stick!’. At the nearby garden, some children helped to gather more items and vocabulary such as ‘stones’, ‘sticks’, and ‘leaves’ were mentioned by many of the children. There was lots of moss on the ground that appeared to have fallen from the trees, some of which even had bark attached. The children picked things up with their hands, and they touched, felt, held, poked and squashed the different types of moss. One child touched some moss growing on a tree and said, ‘It’s fluffy’. When asked what the moss felt like, two other children also gave the descriptions, ‘Really soft’, and ‘It feels like snow’.” 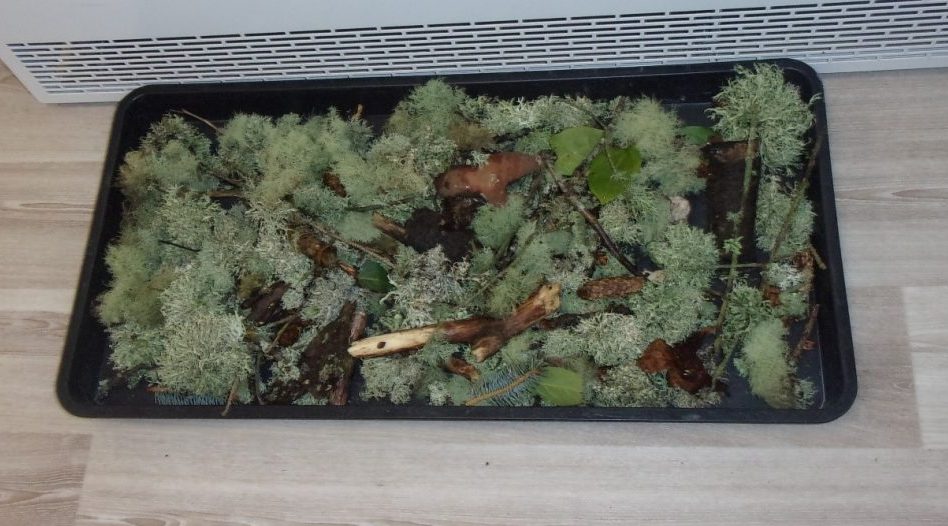 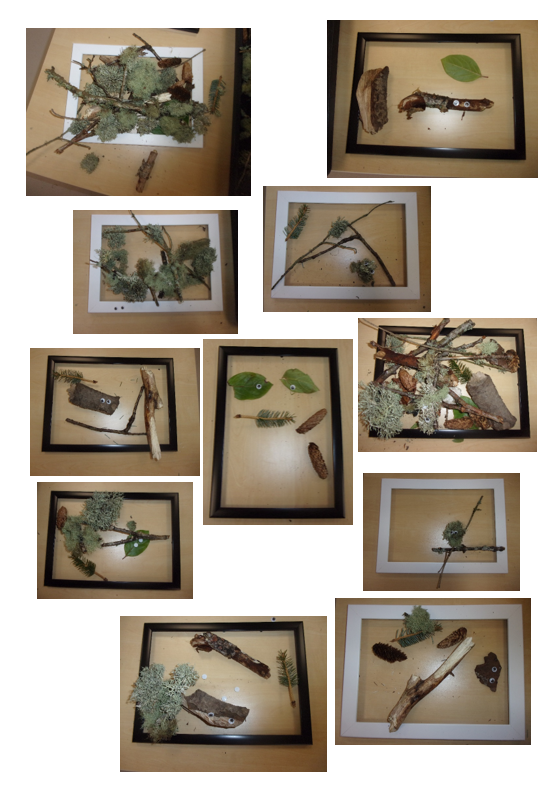