We know it’s hard not being able to come in the school and meet your child’s teacher, so every class has a newsletter available that shares information about what they are doing. Find them on our Newsletters page.

More useful information to keep yourself and your loved ones healthy during lockdown. 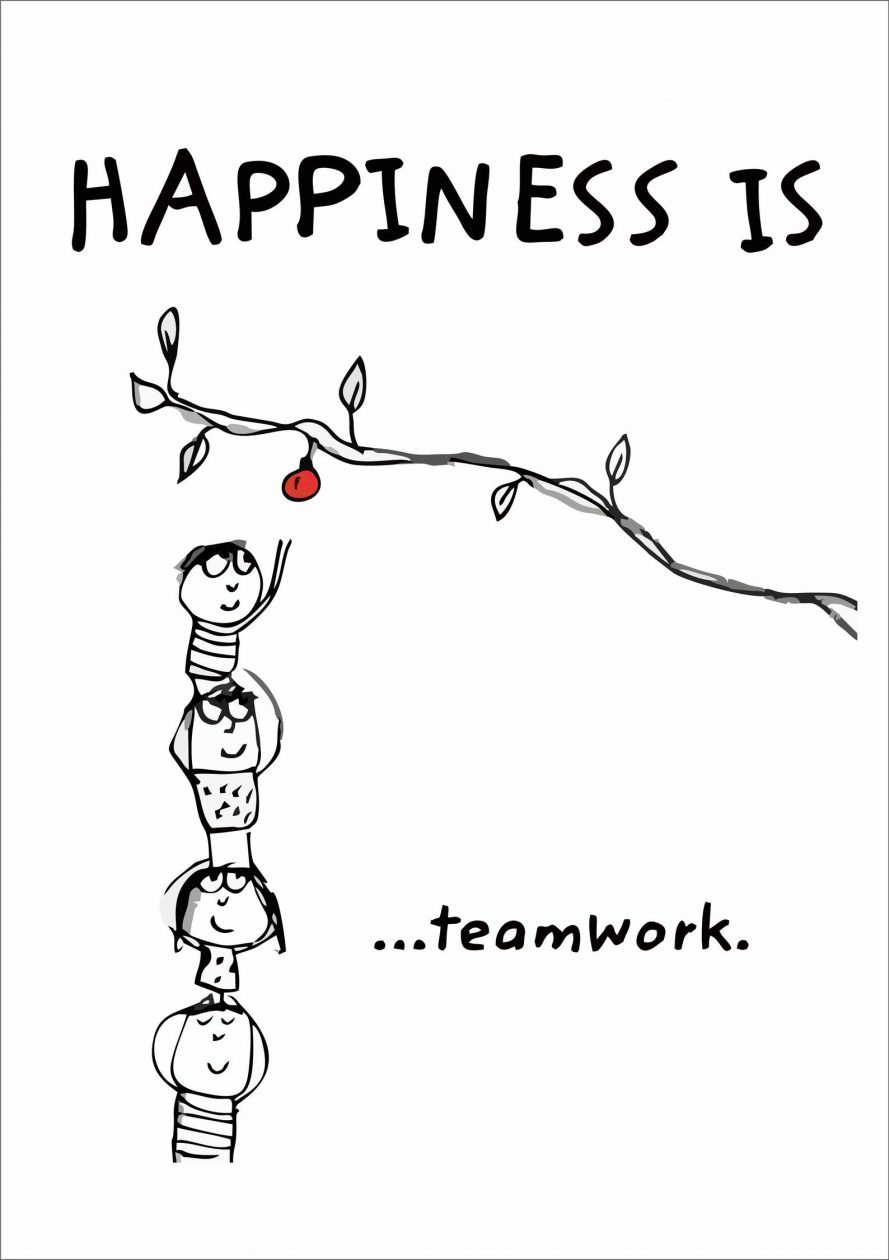 Once upon a time on a faraway planet, called Zeldon, there lived a little alien named Suzanne.

Suzanne had blue eyes that sparkled like diamonds.  Her hair was as green as a grape.  Her face was cubed like a box and her body was a juicy, jaggy pineapple.   Suzanne has eight tentacles and named each one of them after the pupils in her alien class.

The pupils (and tentacles) were called Zeze, Blobby, Ratatata, Mowgli, Moe, Snip, PeeWee and Aug. All eight pupils were in a Science lesson, at Zeldon Academy, where they were learning how to make invisibility potions. Blobby, who was a large, gloopy, wet blob with three eyes was finding the lesson by Mr Two Sheds a little boring and concocted a plan to escape and have his own adventure…

Blobby took the invisibility potion and sneaked towards the door but the potion hadn’t quite worked and you could still see his three eyes floating creepily through the classroom.  Suzanne spotted the suspicious eyes and followed him, after noticing that Mr Two Sheds was fast asleep and snoring like a lion.

Blobby anxiously floated down the corridor with Suzanne sneaking behind him.  Blobby suddenly twisted a creaky door handle and disappeared into a mysterious, eerie room, Suzanne sprinted into the room behind Blobby and was amazed to see…

…a blue and purple, swirly and swishy portal! All of a sudden, Suzanne saw Blobby’s three eyes jump through the portal. Before she could turn and tell anyone, the portal sucked Suzanne straight through to the other side! They fell with a CRASH! Textbooks, boxes, and, strangely enough, ukuleles came tumbling down around them. They heard an awful cry and strange creatures with two eyes, a mouth and a nose opened the door. They had odd green skin that said ‘Hillview Primary’ on them. They said they were from Primary 5 and didn’t seem too surprised by our appearance. When we looked down, we looked exactly like them…

When Suzanne and Blobby noticed how many two eyed creatures were crowding around them, they began to get scared. Shaking like jelly they went to run away but stumbled over their new two feet. As the creatures approached them they managed to crawl out the door and found themselves in another room. In this room they were met by a bigger, noisier class! The larger creature at the front of the room said “Welcome to Primary 4”. The ridiculous noise was so loud they ran out of the classroom, their new legs now working, and slid down the banisters of the steep stairs. Meanwhile, on Zeldon, Mr Two Sheds had finally woken up with a startle and his pupils pointed at two empty desks, Suzanne and Blobby were gone…

Quick as a rocket Mr Two Sheds, now feeling great and refreshed after his nap, ran out of the class on a mission to find Suzanne and Blobby. Now, Mr Two Sheds actually knew about this portal because he is, after all, the Science teacher and had, in fact, invented it! As an aspiring inventor he had also created a “Magical Mythical Mystery Locator Device” which he grabbed out of his lab coat and launched himself into the portal. He swirled and spun his way towards Suzanne and Blobby. Feeling dizzy, Mr Two Sheds flew out of the portal and was faced with…

..the most wonderful, kind and fantastic class in the whole school- P3a! Mr Two Sheds couldn’t believe his new two eyes. He looked down at himself and noticed he was skinny, tall and painfully ugly! He quickly ran out of the classroom in search for Suzanne and Blobby. He knew that they had to be close by because his locating device was beeping extremely loudly at him. He ran closer to the location that was beeping and ended up in a colourful, unusual room with a sea of people. Suzanne and Blobby were nowhere to be seen. Just then he realised they were not in their alien form. He had to look for clues.

Mr Two Sheds had followed his locator device all the way down the corridor to the Primary 2 classroom. He chapped on the door and then entered. He apologised for the interruption and explained about the missing pupils. The children in Primary 2 listened very carefully and offered to help. Just at that moment there was a loud crash from the teacher’s creepy cupboard. This cupboard had remained locked and in darkness for many years. It had a sign on the door that said DO NOT ENTER but nobody really knew why. Mr Two Sheds tip-toed cautiously over to the cupboard door. He switched on his locator device again and this time it beeped so loudly that he thought it was going to explode. Using a rusty old key that the teacher had given to him, he very slowly opened the door. To his delight he saw…….

…the two wicked aliens who had turned into two children from Hillview Primary.  The aliens came out of the cupboard. They ran to Primary 1b where they all saw a tarantula who told them that these two children were actually aliens. Primary 1b decided to make a potion to turn them back into aliens. To make the potion they added a banana, a bar of chocolate, a toy cat and a toy car. They also added an alien liquid and then they said to make Suzanne and Blobby back into aliens…

Just then, after hearing all the commotion, P1a burst into the classroom too! “Great timing-we can say the spell together, are you ready?”

“Abra-da-dabra! Alacazam turn them back into aliens!” shouted P1.

“The spell didn’t work!” they shouted.  But Suzanne and Blobby were now a pair of octopuses! They had eight tentacles, blue and white skin which felt gooey to touch.

“Oh my Gosh, you’re octopuses?” shouted Mr Shed-“What am I going to do with you now!” So P1 took them up to P5 to live in the fish tank with the very friendly trout.

They asked very nicely, “Please can you look after the octopuses forever!” Mr Two-Sheds was very excited and promised to come and visit using the magic portal.

East Renfrewshire Culture and Leisure have a fantastic programme of activities planned for the October break. Please visit their website to find out more. Pre-booking activities is advised.

The December newsletter includes all the dates you’ll need for the next few weeks. If yours didn’t make it home, download it here.

The September – October newsletter is available under the ‘Parents’ tab.

Primary 7 enjoyed a very informative visit from Abdul Aziz this morning. He talked to them about the Five Pillars or Islam and how they impact on his life as a Muslim. Through sharing some of his thoughts and experiences he made the topic of Eid al Adha very meaningful to Primary 7. The children had prepared questions and Abdul was able to provide a wonderful insight into his faith.

Tomorrow night, Wednesday 7th September, we are hosting our first ‘Meet the Teacher’ evening and we hope lots of our parents and carers will attend. The event will run between 6:30pm and 7:30pm to allow parents with two children time to meet two teachers.

Each teacher will have a short presentation which they will do at 6:30pm and at 7:00pm containing lots of useful information. In addition, you will have the opportunity to look at the resources that the children use in class.

We hope you will support this event!

The final Parent Equalities Forum of this session will take place on Thursday 12 May in Mearns Primary School at 7pm.

This will take the form of a ‘showcase’ event with some schools presenting on the work they have been doing around equalities.

Everyone is very welcome to attend.

The latest newsletter has been posted with lots of dates for this term… just in case yours is lost in the bottom of a bag!

Our card this year was created by Cara, P7. We hope you enjoy it.

We would be pleased to see family and friends at any of our performances.

Tickets are available from the school office and are £3.

For the evening performances of Peter Pan Junior children should report to the school at 6:30pm for costumes and make-up. The show begins at 7:30pm. For parents collecting children, we expect to be finished at around 9:30pm.

Congratulation to the infant pupils and staff, your Nativity was as wonderful as ever.

There are copies available to read within the school, alternatively you can read online.

There are a selection of photos in the ‘Events’ section. As always, there are no photos with faces clearly shown, but we hope they will give you a flavour of the day. More photos will be on display in the school soon.

The latest newsletter is now available in the ‘Parents’ section.

Primary 6 were learning about The Scottish Parliament and, as part of their learning, they visited the Parliament building in Edinburgh. On returning to school they looked at photos of the building and chose features to use for repeating patterns in a wallpaper design. You can find out more about their project by clicking on the link below.

Working together to achieve our goals.