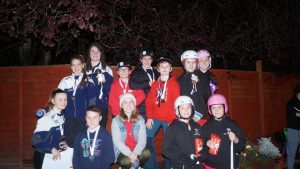 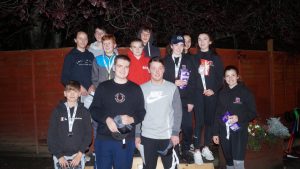 Congratulations to both Williamwood Ski Teams who were successful at the SSSA Dual Slalom Series qualifying event at the Glasgow Ski Centre on Friday 4th October. They will now progress to the National Finals which will be held at Braehead on the Wednesday 30th October.  Team one was made up of Eva (S2), Finlay (S1), Henry (S1) and Calvin (S2).  Team two was made up of Ross (S6), Tom (S6), Rory (S2) and Gregor (S2). Well done to both teams! 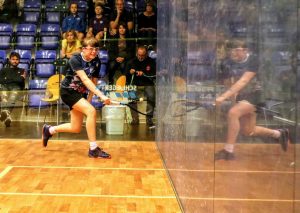 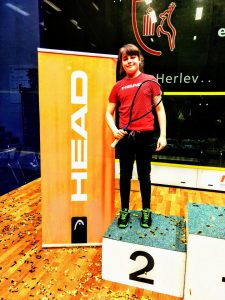 Congratulations to Louise (S2) who recently competed in two European Junior Squash Tournaments.  Louise achieved runner up in the Head Danish Open and winner in the Nordic Open.  An amazing achievement,  Well done! 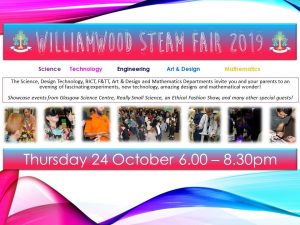 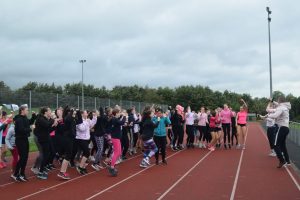 Congratulations to all of the S3 girls who participated in ‘Pretty Muddy’ to celebrate Active Girls Day. The girls were encouraged to wear pink and managed to raise a considerable amount for Cancer Research.

This year’s supported study timetable has been issued to senior pupils and is also available to view on the school website in the ‘Pupils’ section as well as here. 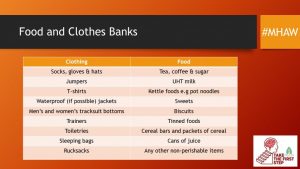 During Mental Health Festival, we will be organising a food and clothes bank in school for the homeless people in Glasgow. All donations will be going to the Simon Community.  This is a list of some of the items which you can donate. Any contribution would be greatly appreciated.

Congratulations to Orla Doherty (S1) who organised her own McMillian coffee morning and raised £100.  An amazing achievement.  Well done!

Congratulations to the parent of Adam Scott (S1) who won the first PTA prizedraw.  Well done!

Tomorrow evening, we are hosting an exam preparation evening for the parents of pupils studying for their National 5 examinations this session.  The purpose of this evening is to explain to parents exactly what their children should be revising for each National 5 examination and how to do this best.  Letters were issued to all S4 pupils which contain more important information, a copy of which can be found here.  In order to organise the evening, we require you to contact the school if you plan on attending, unless you have already returned the completed form.  This is to allow us to create the sessions for the evening.  A similar event will take place on Tuesday 5 December for Higher candidates.

For the opportunity to win a £50 voucher for The Overlee in Clarkston whilst raising funds for your PTA , please remember to purchase your £5 voluntary draw ticket available on ParentPay.  Tickets purchased by Thursday 3rd October will be entered into the first draw which will take place on Friday 4th October. If you’re not the lucky winner this time, there’s still nine draws to go and your ticket is entered into each one.  Tickets purchased after the draw dates will be entered into subsequent draws.  Good luck!