In 1984 Argyll was a divisional education service of Strathclyde Regional Council. If for any reason you wanted to move schools and teach elsewhere you had to apply for a transfer. I applied for a transfer from Park Primary in Oban to Mid Argyll area as I was getting married. So it was that I began the school session of 1984/85 with a new name and being a new teacher in Inveraray Primary School. The school had a new Head Teacher Annabel MacMillan who had taken over in April 1984 and I joined the team in August 1984. This began the most amazing journey for me in the world of education.

Annabel was an exceptionally talented teacher, very bright, articulate and had the biggest heart. She was also incredibly bohemian and this rubbed off on all she met. She loved life to the full and she had so much to give to life. This made her popular, dynamic and a one off.  Her intelligence and experience were much in demand as a member of various education committees throughout Argyll and her championship of equality and social justice was officially recognised when her school was presented in Edinburgh with the European Commission award for gender equality.

She was a late entrant to teaching, having been an air-stewardess, and it was perhaps her awareness of the world which fuelled a feisty socialism which was no respecter of rank or privilege. Annabel started her teaching career in Ruchill Primary. In those days before sexual equality in the curriculum, one of her triumphs was to get the boys to take up knitting by allowing them to make Partick Thistle scarves. 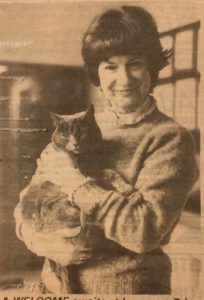 As Head Teacher of Inveraray Primary she built a community school. She ensured that the curriculum offered choice and interest levels for all the young people in her care. She introduced a love of the arts, Scottish History, literature, and debating skills to name but a few changes she made to the curriculum. She had a great passion for Inveraray and that the children knew about their heritage. Place greatly influenced the curriculum and I learned from and with Annabel how this could impact on the life chances for our pupils.  Her excellence in the classroom was matched by an endearing eccentricity. Annabel’s passion for equity and equality shone through and expected no less of me as a young teacher. My own views absolutely resonated with her views and we became quite a team. Through her guidance I came to understand the core values associated with equity and equality for all.

Annabel was keen to open up the young people’s eyes to the wider world and organised the first ever trip for the P5/6/7 pupils to Edinburgh. I learned so much from her skills of organising, to ensuring it was available to all and completely blown away by her skills as a tour guide. She was undoubtedly embedding Curriculum for Excellence in Inveraray Primary long before it was conceived as our national curriculum.

This was the supportive, exciting and creative environment that I gained my early teaching experience and I think the core values that I still retain today were very much developed during this time.

My first class at Inveraray was P4/5 and the boys in particular in this class did much to teach me about shinty. I soon realised that to establish a positive relationship with them as a teacher I needed to get to grips with the game and did my homework on fixtures and the results over the week end. This then featured as an important start to the week on Monday morning as a writing lesson. My pupils taught me much and this early association has stayed with me since. I was always very proud when the boys (it mainly was boys at this time) achieved great things. Even today it has to be the “Yellow and Black” of Inveraray for me in any match they are playing. I was honoured in my capacity as Chief Education Officer to be asked as a VIP to the Camanachd Cup in 2018 at Mossfield Park, Oban. My only disappointment was that it wasn’t a final involving the Aray boys. Inveraray did win the Camanachd Cup in 2004, a win I celebrated in style. Many of the top players for Inveraray were in my classes in those early days and am delighted to still follow their successes today. They have become great inspirations for the up and coming young people of today and I like to think there has been a wee bit of my values instilled in how they carry this out. A special mention to Gary MacPherson and David MacPherson who hold national status as being shinty stars. 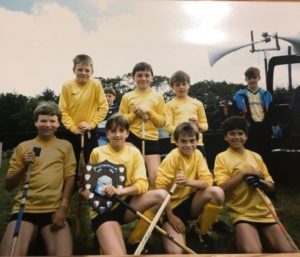 In my second year teaching in Inveraray I was moved to the P1/2/3 class and here my love of infants and early years was established. Annabel encouraged me to explore all the creative approaches that I could to take forward their learning. This was the time that I became fully engrossed in “Foundations of Writing” as a tool to establish writing.  I was delighted that my contributions to developing writing in my own class were recognised by the then Scottish Consultative Committee on the Curriculum (SCCC) and had my work shared nationally. The impact of Foundations of Writing and the detailed black pen drawings are still a very important tools for engagement and development of writing. Two teachers today who use the approach so well are Lynn MacMillan (PT Dalintober Primary) and Kirsten Rennie (PT Inveraray Primary). 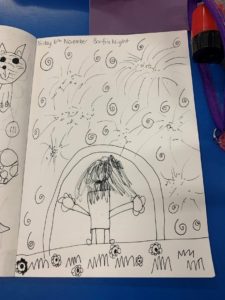 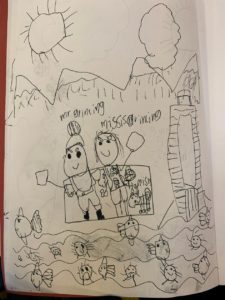 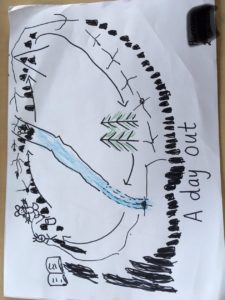 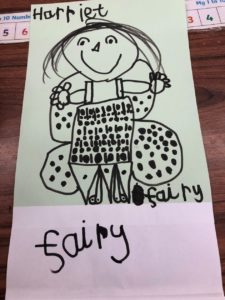 Whilst still at Inveraray I completed a Special Infant Qualification (SIQ) delivered by Northern College Dundee. Professor Joyce Watson who undertook a great deal of work on the Synthetic Phonics approach, was the course leader and was very influential in my Early Years development. On the back of the time spent undertaking this qualification I was asked by the Director of Education (Mr Stanley Robertson) to go out at times and support other teachers. This experience was one that I enjoyed and certainly although I didn’t know at the time was very much professional enquiry. 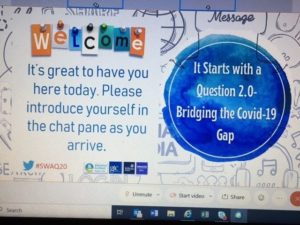 Yesterday I facilitated some discussion as part of “It Starts with a Question 2” on enquiry as a professional learning tool. The key notes came from Professor Rachel Lofthouse and Professor Kate Wall. One of the questions was “how have professional conversations supported you?”  During the discussions around this question I considered how professional conversations have supported me and was taken back to the initial days of my career spent at Inveraray Primary. Rachel introduced the phrase of “learning with and from”, this depicts the core of my belief as a life-long learner. I also believe firmly that first we establish strong roots and then our wings to fly. Inveraray Primary and the community of Inveraray established my strong roots.