It is the responsibility of parents of a child of school age to make sure that their child is educated. Most do this by sending their child to school regularly. Attendance is recorded twice a day, morning and afternoon. Absence from school is recorded as authorised, that is approved by the education authority, or as unauthorised, that is unexplained by the parent (truancy).

If a child is absent from school, parents are required to phone or email the school office by 9.30 am on the first day. If no telephone call or email is received, parents will automatically receive a text message asking them to phone the school immediately. If an absence is planned, please inform the head teacher in writing. If a child requires to depart early for any reason the school office must be notified in advance. No child will be permitted to leave early unless collected by an authorised adult. If at the end of the school day, for any reason, a child is not collected at his/her usual meeting place he/she must return to the building and report to the office immediately. Please ensure that your child understands this arrangement.

Parents from minority ethnic religious communities may request that their children be permitted to be absent from school to celebrate recognised religious events. Absence approved by the head teacher on this basis is regarded as authorised absence. Extended leave can also be granted on request for families returning to their country of origin for cultural or care reasons.

A supportive approach is taken to unexplained absence. However the education authority has legal powers to write to, interview or prosecute parents, or refer pupils to the Reporter to the Children’s Panel, if necessary.

ATTENDANCE AT SCHOOL Section 30 of the 1980 Education Act lays a duty on every parent of a child of ‘school age’ to ensure that their child attends school regularly. Attendance must be recorded twice a day, morning and afternoon.

We would like to remind parents that we ask you to phone in between 9 and 9.30 a.m. on the first day of an absence.  This is to ensure that both parents and school always know whether a child is supposed to be at home or in school on any particular day.  We know that not all parents have a phone, but if you can get a message to the school right away it will help our safety procedures.  A letter must be brought in after an absence.

Regulation 7 of The Education ( School and Placing Information) (Scotland) Amendment, Etc. Regulation 1993 requires each child’s absence from school to be recorded in the school register as authorised: i.e. approved by the authority, or unauthorised: i.e. unexplained by the parent (truancy) or temporarily excluded from school. When a pupil is likely to be absent for some time we would request that parents notify the school and give the child a note on his/her return to school with a reason for absence. Renfrewshire Council is concerned at the increasing trend in the number of pupils being taken on holiday by their parents during the school session. As non-attendance during term time is a major contributory cause of underachievement every effort should be made to avoid family holidays during term. Holidays taken during the school session will be categorised as unauthorised absence. However, head teachers do have discretion in authorising a family holiday during term time. Parents should inform the school by letter, before going on holiday, of the dates. Such absence will be recorded as unauthorised absence in keeping with advice from the Scottish Executive Education Department. The head teacher can authorise absence from school for a family holiday in certain extreme circumstances, for example, traumatic domestic circumstances where the holiday would contribute to the cohesion and well being of the family. Such requests should be discussed with the head teacher prior to the holiday. If the permission is not sought prior to holiday, the holiday will be recorded as unauthorised absence. If the head teacher feels that the reasons for absence were justified and supported, the holiday would be considered to be an authorised absence. The head teacher can also execise discretion when a parent can prove that work commitments make a family holiday impossible during school holiday times. Normally, proof of such difficulties would be evidenced by an employer. Again such absences would be regarded as authorised. Clearly, with no explanation from the parent, the absence is unauthorised. It is normal practice for the School Attendance Officer to investigate unexplained absences, and the School Council has the power to write to, interview or prosecute parents, or to refer pupils to the Reporter to the Children’s Panel, if necessary. When requests are made for children to leave school for dental appointments etc., other than at normal times, they MUST be collected by an adult. We cannot allow young children to leave school on their own when Crossing Officers are not on duty at the busy main roads.

Absence rates are calculated as a percentage of the total number of possible attendances for all pupils of the school in the stage shown, each morning and afternoon of each school day being a separate possible attendance. Where figures or percentages based on a number of pupils under any particular heading is between 1 and 4 no information is given and *** is inserted in place of the figures. Adults attending day school classes are excluded. The authority’s and Scotland’s figures include all Education Authority and grant aided primary schools, but exclude all special schools. 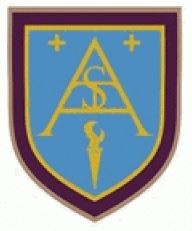 Success for today, prepared for tomorrow.