Before Christmas, some classes took part in a modern language competition organised by the council’s MFL co-ordinator.

The children were asked to design a Christmas card. The card had to include at least 20 words in French, and some of these words had to be incorporated as part of the design in a less obvious way.
Two children from Primary 7 were chosen as the winners and you can see their fantastic designs below. As a prize, they were each gifted a £10 Amazon voucher. Well done to all the children that took part and a massive well done to the girls. 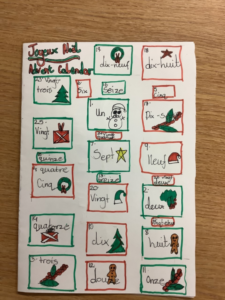 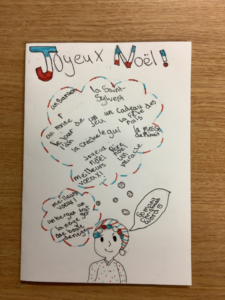 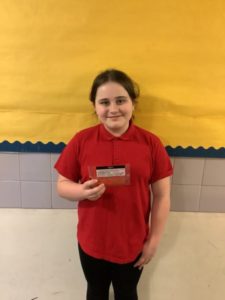 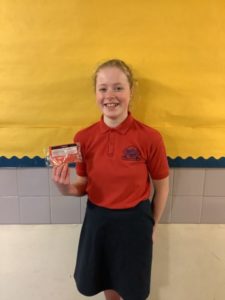