Before Christmas, Taylor Wimpey West Scotland challenged the Primary 5, 6 and 7 pupils of Bishopton Primary and Dargavel Primary to design a sign that could be installed near its new show homes off Craigton Drive in Dargavel Village to encourage drivers to slow down.

Two winning designs  – created by Lucas (P6)  from Bishopton Primary and Olivia  (P5) from Dargavel  Primary –have been recreated as signs that are now installed near the entrance to its latest phase of new homes.  Each winner also won a £50 book token.

The overall standard of designs was so high that a further six posters were chosen to create a banner for Taylor Wimpey’s show area car park to remind drivers to keep their speed down whilst moving around the area.  Each child also received a £20 book token. Bishopton’s winners were Anna (P6), Hollie (P6) and Jamie (P5).

Taylor Wimpey also kindly provided both schools with an additional sign for each of the overall winners to be place outside our schools.  We are currently making arrangements to have Lucas’s sign mounted.

As always, we were overwhelmed by the standard and enthusiasm of our pupils and are very proud of them.

Attached are some of the photographs of the prize giving event at Taylor Wimpey. 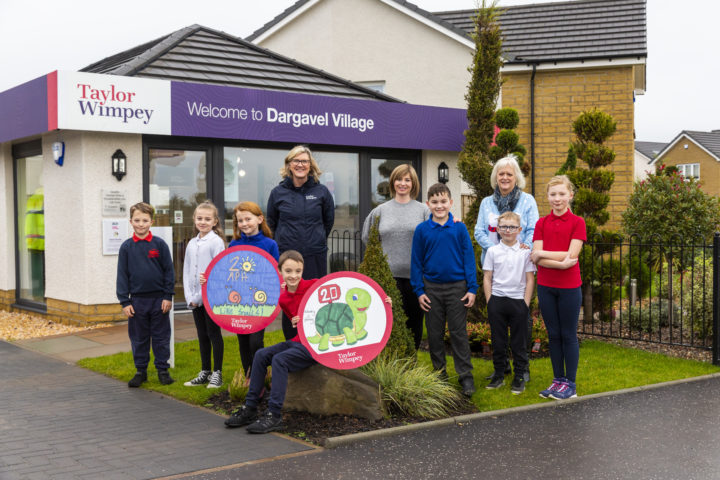 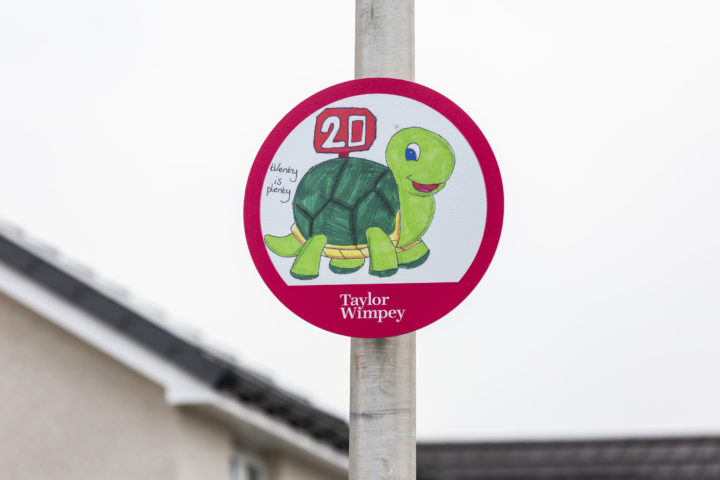