It has recently occurred to me that maths gets such a bad reputation amongst learners of all ages and as someone who enjoyed maths at school it’s hard to pin point why. After I stumbled upon this tweet it really got me thinking about why it is that children dislike maths and consider themselves ‘maths dyslexic’. I consider it an important issue in our education system and has been for a while as maths being hard or boring isn’t a new opinion. This is why one of my goals as a teacher is to instil the love of maths I have into the pupils I will teach. I am strong believer in ‘teachers who love teaching, teach children to love learning’ which applies to every subject whether the teacher in question likes it or not.  A pupils’ love for a subject tends to stem from the way the teacher taught the subject. Therefore, it’s important to never forget the influence you have over a learners enjoyment for subjects.

Sometimes a learners believes that mathematical achievement is due to factors beyond their control such as luck rather than their own hard work (locus of control). These learners may think (for example) that if they scored well on a maths test it is because the content happened to be easy. Additionally, they believe that if they fail it is due to either the lack of innate mathematical inability or level of intelligence. By viewing their achievement as ‘an accident’ or lack of progress inevitable leads to them limiting their capacity to do well and study productively.

Attention span is another factor that can contribute to a dislike for maths. Students can be mentally distracted and can have difficulty focusing on problems especially when they involve multiple steps. For example, dealing with long-term projects or more than one variables can interfere with their achievement. An effective teacher should use attention grabbers such as visual aids. Additionally, students who can work together can help each other stay on task, however, this can also have the opposite effect!

The last factor I am going to talk about is understand the language of maths. It is often true that students can become confused by words that have some sort of special mathematical meaning. For example, “volume”, “power”, “area”, “divisor”, “factor” or “denominator”. Terms such as these can seriously hinder student’s abilities to focus and understand these terms for mathematical operations. Memorising such terms without context that they can relate to is not productive. That’s why it is important when teaching a new topic in maths that involves new terms that the meaning is clear and something they can comprehend. For example, when introducing estimation many learners won’t understand it until you relate it to a situation they have experienced such as when the opening of a local shop is delayed (the estimation was a bit off).

These are just a few of the many factors that can effect how a learner perceives maths. Therefore, it’s our jobs as teachers to push past these factors and adjust their learning environments to instil a love for learning maths in the classroom for all the learners, whoever they are. As part of my journey to becoming an effective educator, I would like to do further research into why maths causes such anxiety amongst learners. 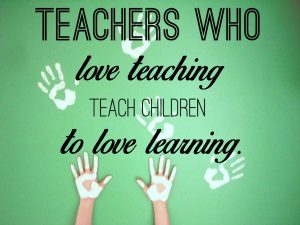 2 thoughts on “Why does everyone hate mathematics?”