Emma Holmes (probationer teacher at Carron PS) and her primary 5 pupils have been using music to help them develop their reading and writing skills. They listened to Mussorgsky’s Night on the Bare Mountain (click to listen) and used their reading strategies to explore the music like a text. First they discussed the title and what it could mean, then they created word banks to describe what they heard as they listened. The next steps were to storyboard their interpretation of the music and, finally, to create their own piece of writing. 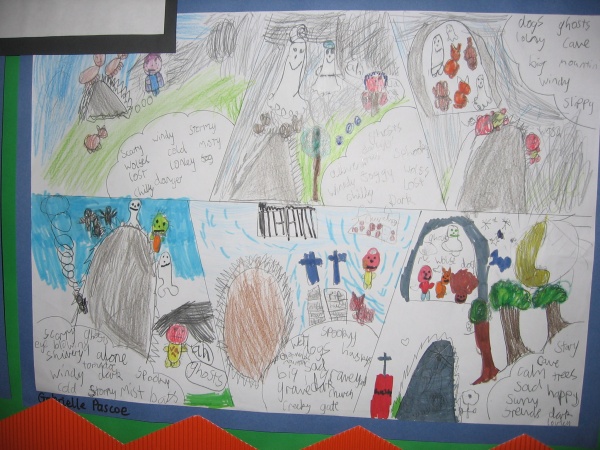 Working in this way had a very positive effect on the writing the pupils produced. They found it easy to use their imagination when writing, and were able to write more than usual. The pupils created structured stories which were interesting and creative. By exploring what they felt was inferred by the music of Mussorgsky, they were able to produce longer, more detailed and stimulating stories.

Mrs Holmes was pleased  that the pupils were able to transfer elements of their learning to another context. This happened when pupils attended a performance of The Wizard of Oz in school. By chance, part of Mussorgsky’s Night on the Bare Mountain was used during the performance. Primary 5 pupils reacted immediately when they heard it and were able to say that it was used  for dramatic effect and to explain its specific purpose at that point in the performance. 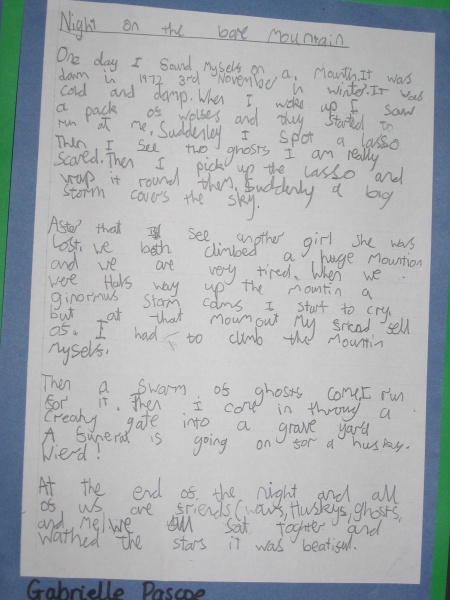