P7d thoroughly enjoyed their STEM workshop with our campus police officer. They learned about the crime path and how to take statements and gather evidence. We have some budding detectives in our midst!

Primary 6d have been learning about sensory organs. Today we took part in an activity to see what it was like if one of our sensory organs did not work as well as it could. We realised that our other sensory organs would have to over compensate help us navigate safely. A lot of trust was put in our partners. 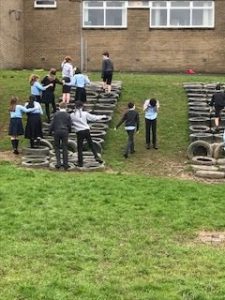 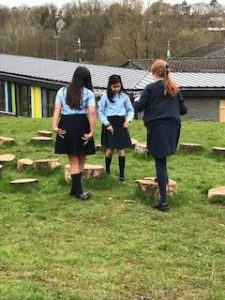 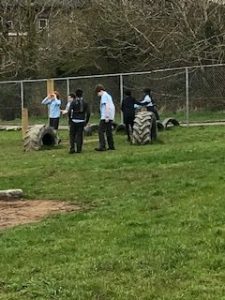 Primary 6a were sad to hear of the death of Stephen Hawking. Primary 6a used the STEM room to learn a little more about Black Holes.

We carried out an experiment with balloons and tinfoil to understand black holes better!

The experiment showed how gravity compresses the star’s matter around the collapsed core (balloon). The dead star has the same amount of matter, but it is compressed to a small point. This means it has greater density than the original star.

This is how a black hole can be formed. The dense ball of matter exerts a large gravitational pull on all objects around it. 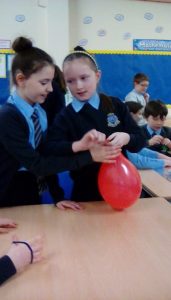 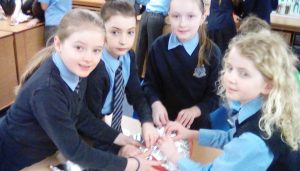 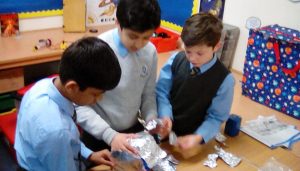 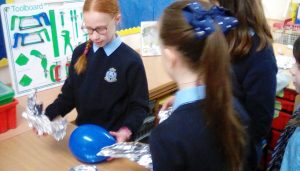 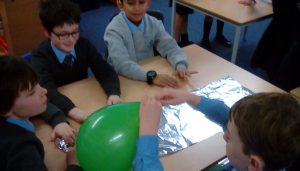 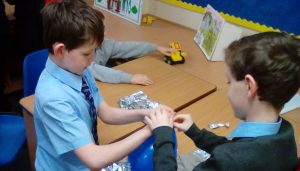 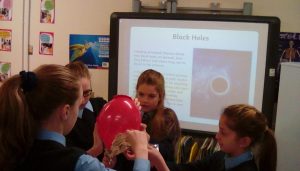 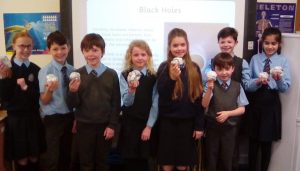 They had to work in groups to create a bridge.

The bridge must be at least 19cm tall and at least 30cm long.

Primary 6 had to problem solve and communicate clearly with one another.

Everyone had lots of fun!

Well done to Luke Gallagher and Gordon Grant for winning!

Runners up were Lily Cook and Orlaith Kilpatrick.

Judges found it very hard to pick a winner.

A great day had by all!