Brownhall competed in the annual Guid Nychburris Football Competition which was held at Queen of the South’s Palmerston Arena. The tem of P6 and P7 pupils did not qualify for the knock-out stages of the small school competition, but they played well and were a credit to the school. Well done to Closeburn Primary for winning the competition! 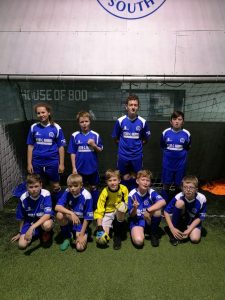