Here are some examples of how children have practised their learning at home. We love to see and hear the different ways that children and families have consolidated and extended learning. 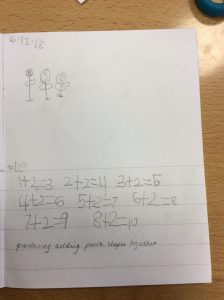 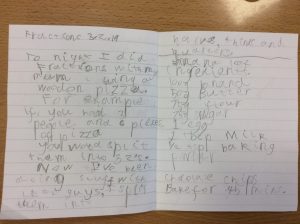 Here is a Primary 2 pupil who used their food and toys to learn about fractions! They have also included a recipe for banana loaf which they used to practise their measuring skills. 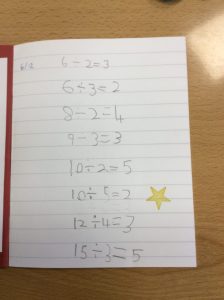 Here is another Primary 2 pupil who was practising division at home. 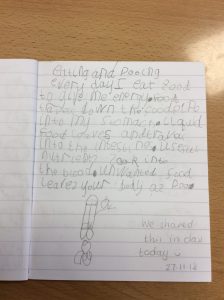 This pupil in Primary 2 has been learning about the body and was very interested in the digestive system! 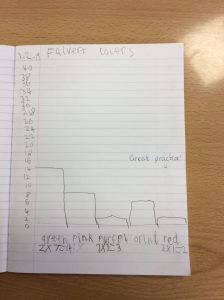 This pupil in Primary 3 was learning about data handling so made a graph at home. 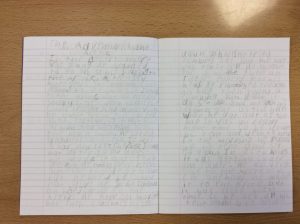 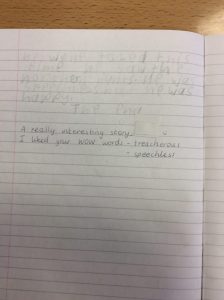 This pupil in Primary 4 was inspired by their class topic to write a story set in The Arctic – the class really enjoyed hearing it too! 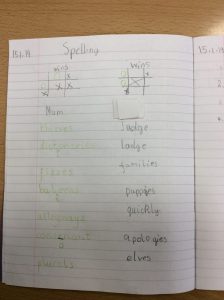 Here is an example of a Primary 4 child using Naughts and Crosses to practise their spelling words. 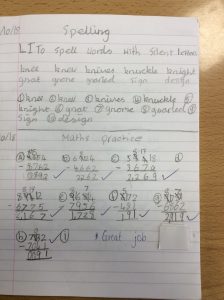 Another child in Primary 4 wanted to practise using a written method to subtract numbers. 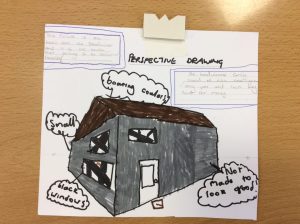 This child in Primary 6 was learning about perspective drawings at home so decided to draw the home of the main character in their class novel “The Breadwinner”. 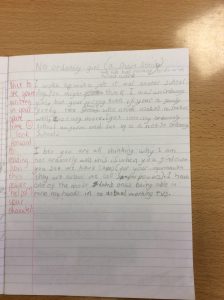 This child in Primary 6 wanted to write a story at home so decided to share it in their home learning jotter. 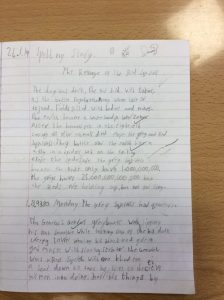 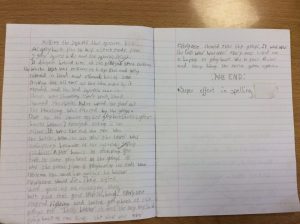 Another Primary 6 also wanted to write a story at home so decided to add their spelling words in there too! 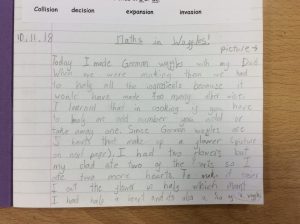 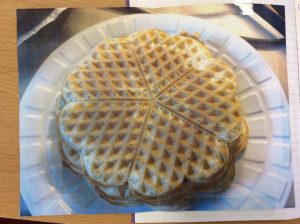 This Primary 6 decided to make some waffles whilst practising lots of maths skills! 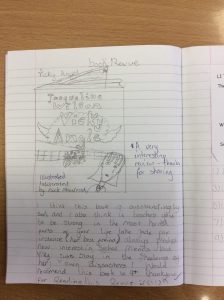 This Primary 7 was so inspired by the message in the book they were reading at home that they decided to write a book review. 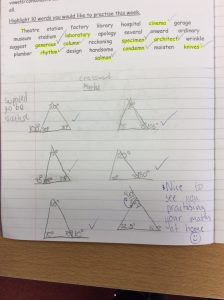 Primary 7 were learning about the angles in triangles and in supplementary angles. This child decided to draw their own triangles and calculate missing angles.