This week we’ll be showing They Shall Not Grow Old –

– Peter Jackson’s new film which brings the First World War to life using technology to transform century-old footage from the First World War into HD colour. The film has been given a cinema rating of 15 as it contains content that some pupils may find upsetting. Pupils are asked to use their own discretion to decide whether the screening will be suitable for them.

You may bring a packed lunch, but pupils are asked to watch the film respectfully.

If you can’t make it don’t worry.  It will be shown on Sunday 11th of November on BBC2 at 9.30pm and will be available on BBC Iplayer.

Our new Scholastic Book Club is up and running! Go to http://schools.scholastic.co.uk/harlaw-academy to browse the latest books and order online. For every £1 you spend on this month’s Book Club, our school will earn 25p in Scholastic Rewards.

Register for a MyJSTOR account (for FREE!!) and they will be able to browse the full content and read up to three articles a fortnight, storing them on a digital shelf linked to their account. Just register for an account at http://about.jstor.org/rr

You can also get access to journals by creating an account with the National Library of Scotland https://auth.nls.uk/eresources/  You will be sent your password, so don’t leave this to the last minute!

You can of course access journals when you visit the library at Aberdeen University.  It’s really important that you remember to take along a usb to enable you to download any relevant articles.

If you need assistance with your research I’m happy to help out, so please come and see me 🙂

Don’t let the summer holidays get in the way of your book quizzing!  Get a username and password from Mrs Üstün and head on over to Book Adventure and see how many quizzes you can do this summer!

you fans of The Fault in Our Stars.

To celebrate the 60th anniversary of the twinning of Aberdeen and Regensburg, Germany, a bilingual collection of new writing by writers from both cities is to be published in 2015.  Anyone aged 18 and over is invited to enter.  Find out more about the competition here

Find out more about this fantastic poetry competition for pupils aged between 11-17 years old here. 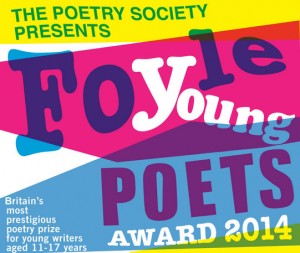 Are you aged 15-24? Do you love comedy? Do you like to have your voice heard? And would you like to see your ideas on screen? Well, this is an opportunity for you to have your comic writing performed by excellent funny people and have it broadcast on bbc.co.uk.

Europe direct Aberdeen are inviting you to take part in their Saltire Awards Challenge to clean up Aberdeen for Clean Up Europe Day.  You will gain a certificate and Young Scot points.  If you’d like to register your interest or would like to find out more please email the team at europedirect@aberdeencity.gov.uk or phone them on 01224 649483.

Write a story about what “home” means to you and your story could be published in a book and in The Sunday Mail.  Find out more at http://scottishbooktrust.com/reading/stories-of-home