Each Friday P67 will blog about their week.

I enjoyed going on the bike ride because I went places I’ve never been before and it was fun because we all got to race each other.

I loved caving because I made my fear of the dark go away and I loved canoeing at the gas house.

I enjoyed the disco because we got to choose the songs and every one was dancing, and the best bit was when Miss Scott and Mrs Hamilton had a sing off.

I enjoyed going in the caves because Collin tried to prank us but Elsi found the speaker and when we put the clay on our faces.

The absailing was fun because Oliver and Stephen scared the people that came down .

I liked the people that were in my cabin.

we did orienteering round Cuzlean it was so fun because we were racing each other.

We did yogo every morning to wake-up then we had our breakfast.  We went a hike with our groups and met at the top and we all got to lead the way to our destination.

On Friday we went to the Maidens Tournament at Maidens, our first match was against Maidens and we won! Our second match was against Dalrymple, they were tough competition these past few years and they somehow managed to beat us……again. But we played well but we just weren’t good enough, they were really good a defending. The third match we played was against Gardenrose, they were quite easy the first half but they started to get really good the second half, we still beat them though. Then we played our friends Crosshill, we knew they were going to beat us so we said to them “Well done you already won” but  we actually won and they were really good. Then we played Cairn and we won against them. We played Kirkmichael and my friend has a friend from there and she really wanted to draw with them but we won. We  had lunch because we were all needing  a recharge.

After lunch it was the semi finals, we played Cairn and we again won. After, we got through to the finals and it was against DALRYMPLE and that was the only school we lost against before. We played Dalrymple and it was the second half and it was 5 – 4 to Dalrymple and one of Fisherton’s players were about to shoot and the whistle blew. They won by seconds and they beat us 5 – 4. We got second though and that is still VERY good but first would’ve been better. It still was a really good day!

I enjoyed it because we got to patch a inner tube.

It is fun pulling the bikes apart.

It was fun putting things back together.

It was all amazing.

Fixing and breaking a chain.

Taking a tyre off of a wheel.

On Thursday we went to Carrack for a day in the art department with Miss Finlayson. When we arrived we all introduced our self’s by making fun colourful name cards to put on our desks. That was only a 5 minute activity though.

After that we did some tile printing with things that we had found from nature and the outdoors. We used a clay that was grey when it was wet and white when it dries.

After that we all made some pinch pots that was probably my favourite activity. We made a simple pot then decorated them with leaves and flowers we had carved in with clay tools.

Then we made a gradient rainbow picture and waited till it dried then poured a blob of black Indian ink then blew it across the paper this was really difficult and mines didn’t really turn out that well, but it still looked quite cool. The ink was meant to represent a tree.

That was about it on what we did and everyone had a great day at Carrick.

I loved sports day because I love running and jumping over hurdles but my favourite was tug of war boys vs girls the boys won.

sports day was great  because my year did the egg and spoon race. I came 3rd in all my races. at the end we got told the winning house mine came second Kintyre won

I’m enjoying getting to work on making  £5  grow.   Some of the stuff that we are going to use or paint and it’s really fun to get to pick what stuff we were going to use.

I am very excited about going Dolphin House because it is going to get me more active and I am going to try going in the water. I hope I get over my fear. 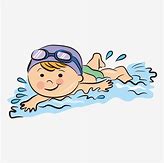 We have started doing guitar lessons now on Fridays.  I’m so excited for learning new stuff and songs. I love guitars so much and before we do guitar we have bike maintenance. 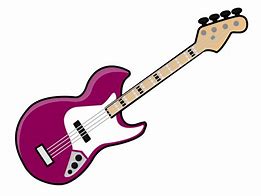 Well inspectors came in this week they were super nice and I think that we got a very good report! I’ll  tell you what they did.  They  came in our class, they took us out by highest year in each class, they asked us about our maths and how we find it and things like that.  They asked us about our reading, our literacy and about our trips and things like that.  They asked us what we would change about the school and why our school is so good.  I found it a bit nerve wracking but when they talked to me the words just started flowing. KT

This week has been pretty good, since we all had Monday off the week seemed quite short which is always good! We did P.E on Thursday which was hard work but still fun. We were doing circuits and we were all in partners. There was a muscular and a cardio exercise at each station. We did each exercise for 20 seconds the first way round then 15 seconds for the second and third round. For our cool down we went outside and did our daily mile then came inside and listened to a sleep story by David Walliams. 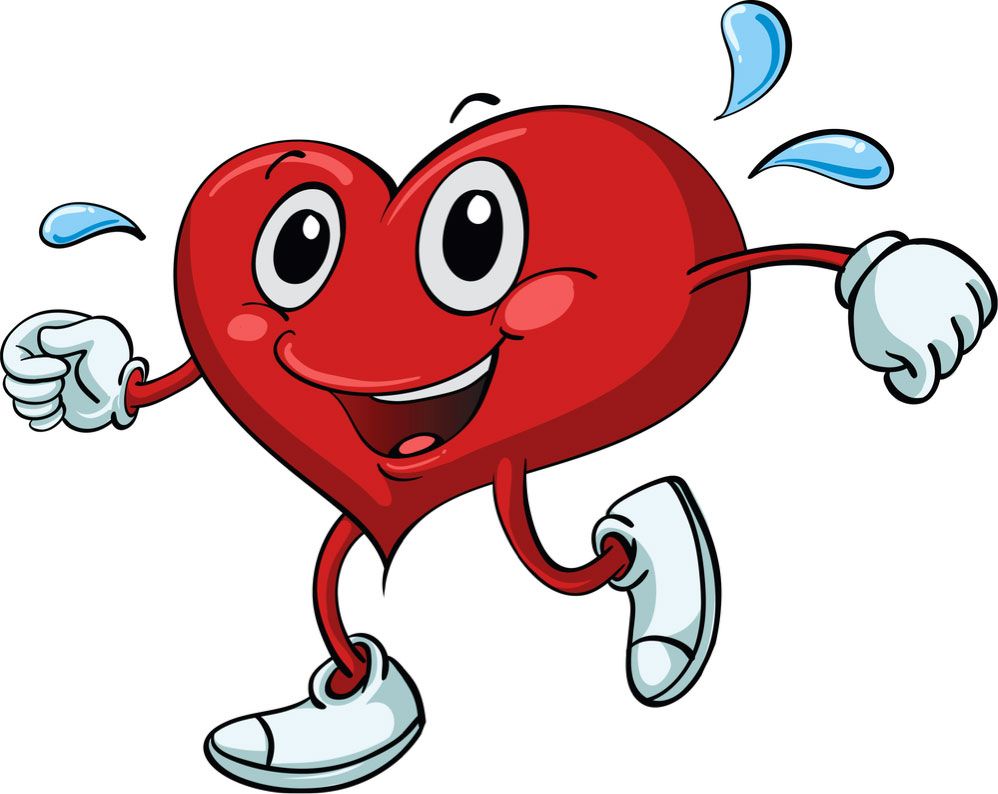 On Tuesday when we came into school there was a pirate ship in the playground!!!!! 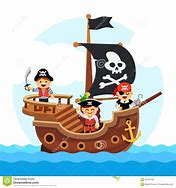 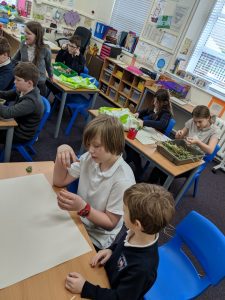 We went up the road to find things to do some art with all of it. Then we went in to the school to make picture.  We used sticks, stones and more. 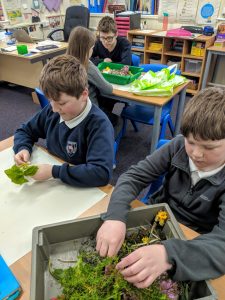 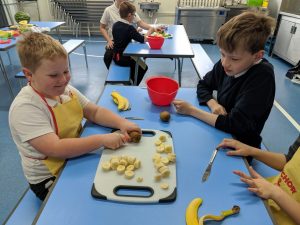 First of all I was talking to them about kitchen hygiene while Campbell was taking them over to the sink to wash their hands. After we washed our hands we got into groups of 2, then we washed and chopped our fruit and put it into a bowl. Then we got kebab sticks and put our fruit onto them. Before we ate the kebab’s we had to clean up, then we sat and ate out creations. 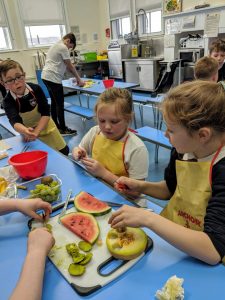 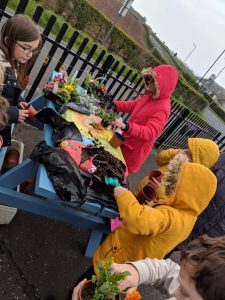 The very first thing we done we talked about Mrs Gren and about safety Brigham was talking about  you should always wash you’re hands after and don’t put you’re hands at you’re face when putting the soul in the pots. 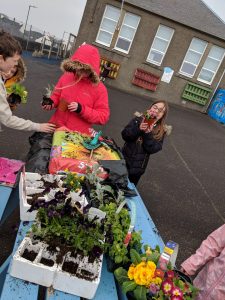 Then we got to work we went to the green house then we took some plants carefully back to the wall and started to remove the plants into the pots then we watered them and cleaned up.

After we cleaned up we asked everyone if they remember the rules and some of the names of the plants then we had about fifteen minutes left so we played a game Elsi led the game and the game was to sort living and non-living on a piece of paper.